The Caribbean is famous for its undersea treasures, something we’ve touched on here and here, but what’s less known is that the region is also home to some pretty amazing underground attractions. My favorite, and arguably the most impressive, is the Rio Camuy Cave Park in Puerto Rico.

Okay, really there is no argument: Rio Camuy is by far the most impressive underground attraction in the Caribbean. After all, there are only two other cave systems on the entire planet that approach the Rio Camuy Caves in size, and neither of them can boast a tropical underground river.

Located near the town of Arecibo on Puerto Rico’s north coast, the Rio Camuy Caves are part of an immense network of natural limestone caves and underground waterways carved out by the Camuy River, the third-largest underground river in the world. More than 10 miles of caverns, 220 caves and 17 entrances to the cave system have been mapped in the 52 years since the caves were officially “discovered,” though this is only a fraction of the entire system. Many experts believe there are still another 800 as yet undiscovered Camuy Caves!

The park extends over 268 acres, though only a small portion of it – three sinkholes and two caves – are open to the public. Trust me, though, these limited areas do not disappoint.

Most visitors opt for the guided trolley tour, which takes you down through some dense vegetation right into a massive sinkhole. You then walk across a series of ramps and bridges within the 170-foot high Cueva Clara before boarding another tram that takes you to the Tres Pueblos Sinkhole. At 650 feet in diameter and 400 feet deep, Tres Pueblos will take your breath away.

Another must-see is the Cathedral Cave. Here you’ll find a collection of ancient petroglyphs carved on the walls by the Taino Indians that lived on the island centuries ago.

The last time I visited Rio Camuy, I braved the Spiral Sinkhole and Cave. Okay, “braved” isn’t the most appropriate term as it’s not really dangerous. As I’ve pointed out before, though, I’m not in particularly great shape, so the 205 spiral steps you have to descend down into the sinkhole were no picnic for me. Those 205 steps are also the only way out, so be ready for a workout.

As for the cave that awaits you below, it’s simply awe-inspiring. The mammoth size of the opening at the mouth of the cave combined with the intricate stalactite and stalagmite formations, all lit dramatically to enhance the eerie underground beauty of the surroundings, are definitely worth the price of admission (and those stairs).

Facilities at park include a cafeteria, picnic area, gift shop, exhibition hall, and theater. There are also a few hiking trails for those more interested in the area’s above-ground wonders.

The park is normally open Wednesday through Sunday from 8:00 a.m. to 4:00 p.m. Get there early, though, as the last tour departs at 3:30 p.m., or when the park reaches its daily capacity.

If you’re an experienced spelunker, you’ll want to call in advance to arrange for special tours and rappelling trips through undeveloped sections of the caves off-limits to general visitors. 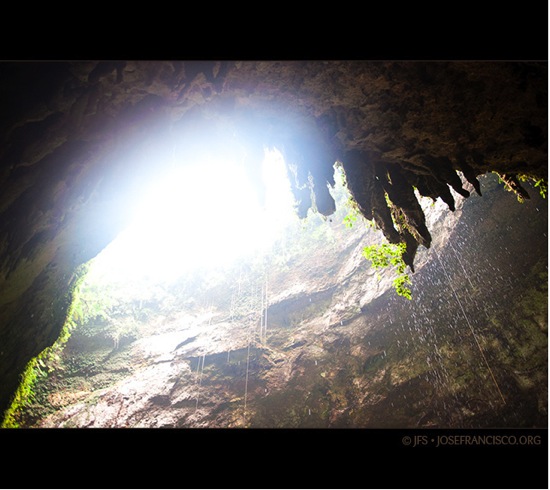 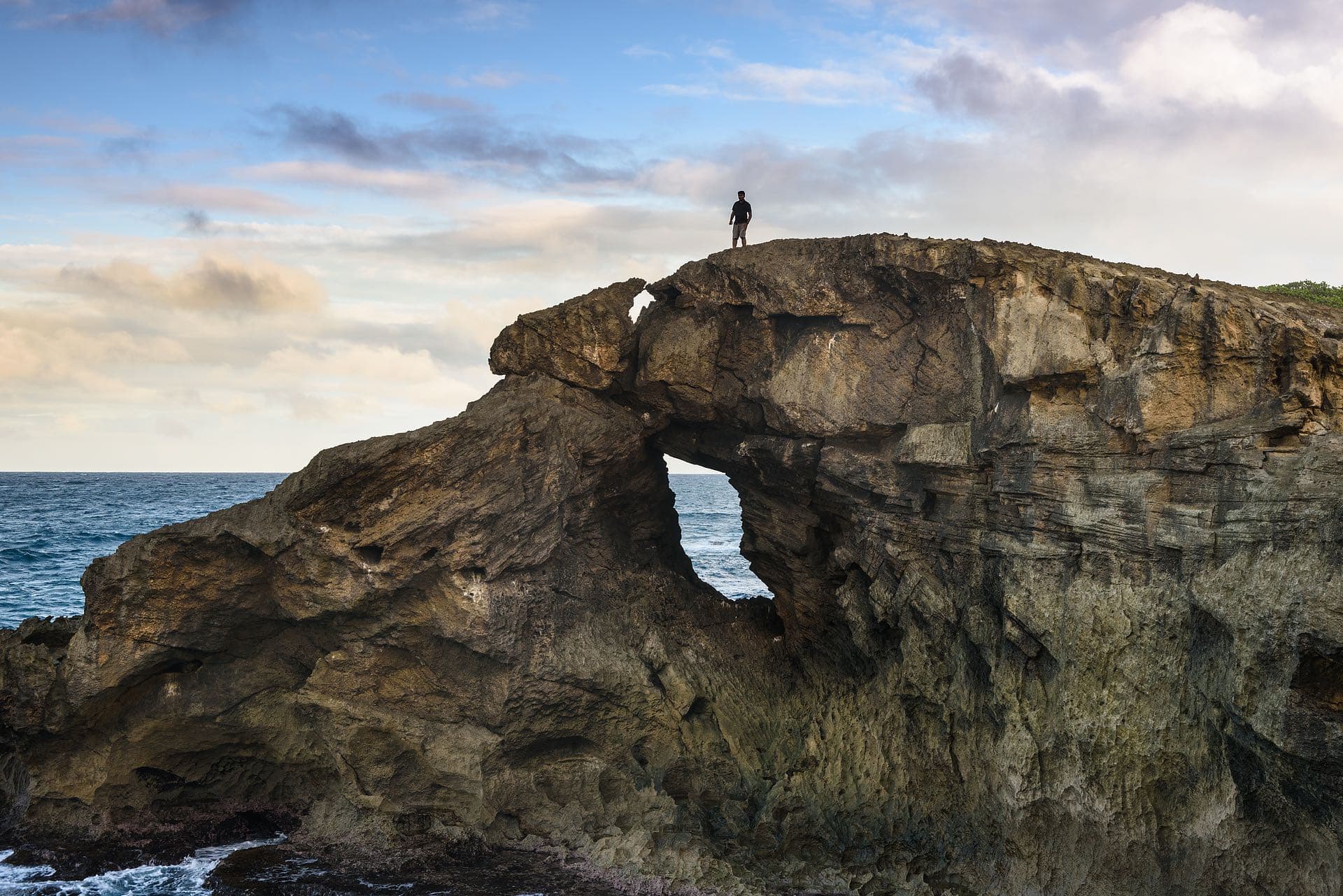 Set along the hardscrabble north coast in Arecibo, La Cueva del Indio was carved by the sea hundreds of years ago; LONG before Columbus.
119
Shares 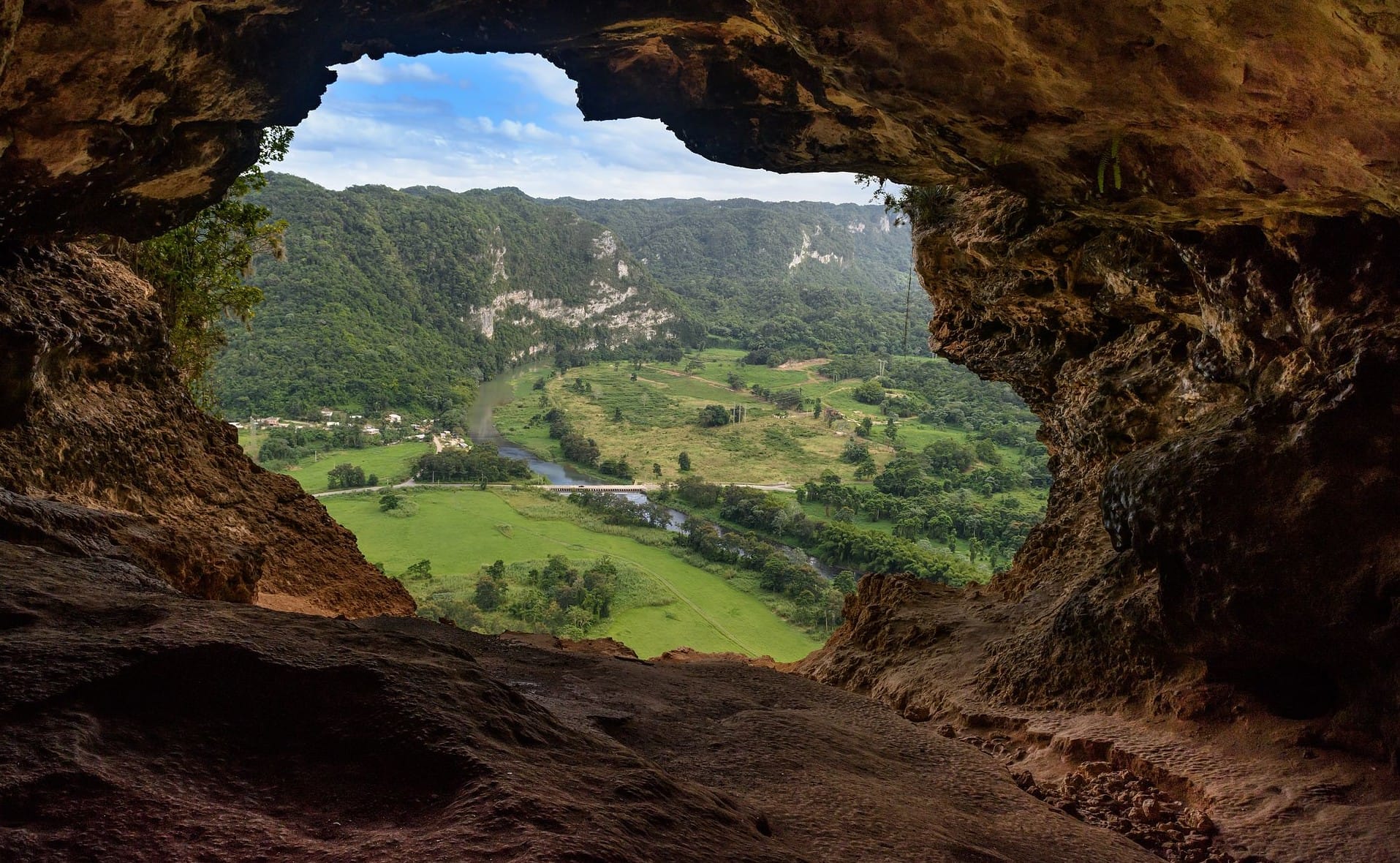 Unlike most cave systems that invite you underground through large openings, the spectacular "window" opening is the climax at Cueva Ventana.
487
Shares
Send this to a friend