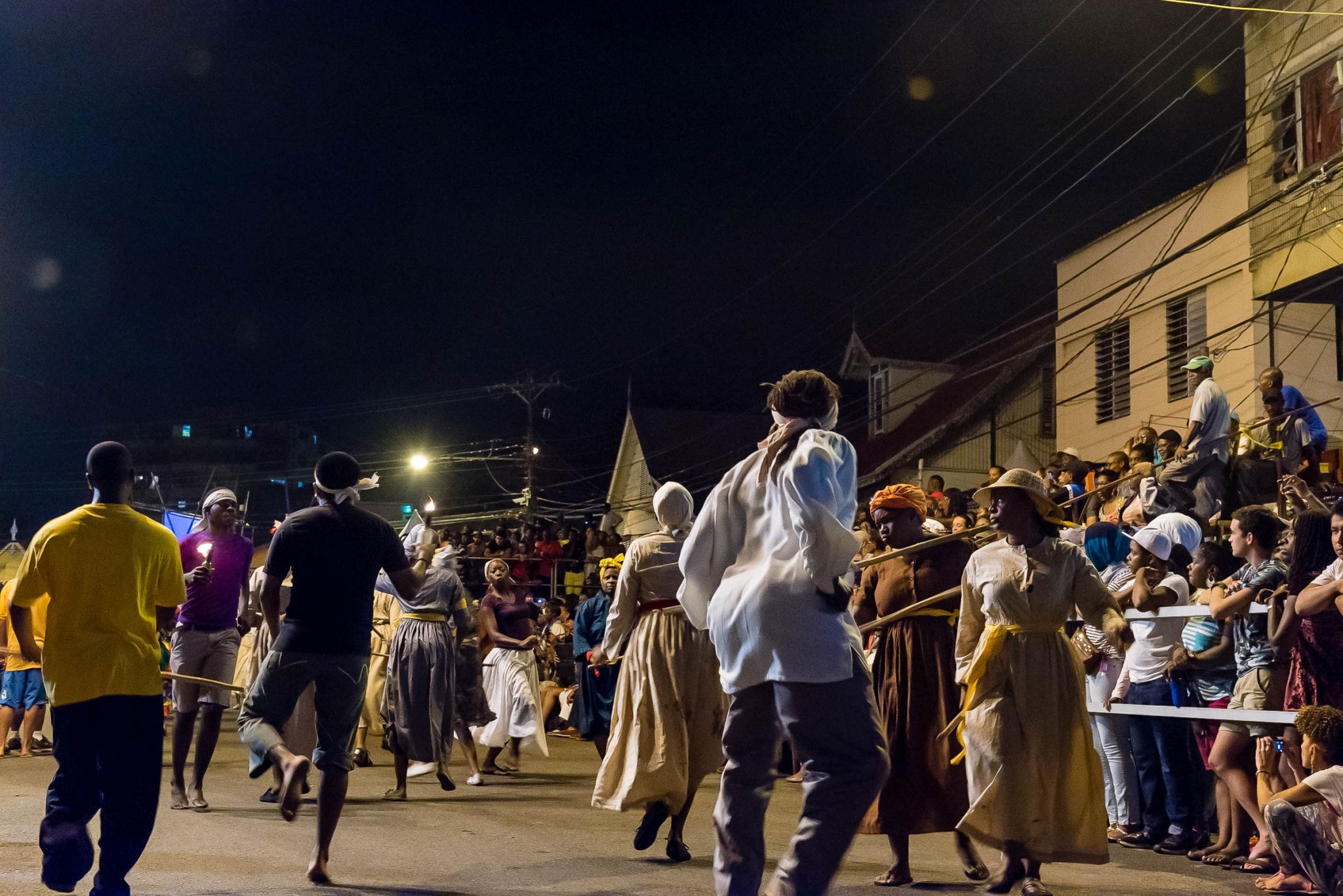 There’s more to Trinidad Carnival than soca and wining. Behind the explosion of color, music, food, feteing, rum, and fun there’s a 100-year-old tale of a fateful night when one community took it upon themselves to rise up and fight for their right to party. It’s called Canboulay/Kambule.

This is the story of Canboulay/Kambule.

I was introduced to the story in typical Trinidad Carnival fashion. It started at 6 am in New York City the Thursday before Fantastic Friday and the kick-off of Trinidad Carnival’s most thrilling events. I awoke early to pack in the last minutes before heading to the airport. At 11 am I was on a Jetblue flight to Port of Spain.

After a quick stop at my hotel to drop off my bags, I was out in the pan yards—taking in the sights, sounds, and smells of my first taste of Trinidad Carnival.

Around midnight, I made my way over to Tribe Ignite, one of the top fetes of the week. Dancing, drinking, and more than a little wining ensued.

Around 4 am, after going strong for 20 hours straight, I met a friend who said I had to take in Kambule.

Before I knew it, I was buying a coffee, plus some bake and shark from a vendor next to a large crowd gathered along a fairly nondescript street in the Piccadilly Greens area of Port of Spain.

Juggling my breakfast, I shuffled along to a good vantage point and plopped down on a curb to take it all in.

Written by Trinidadian poet and playwright Eintou Springer, Kambule imagines the details of the conversations behind what’s come to be known as the Canboulay Riot and presents the story as engaging street performance. 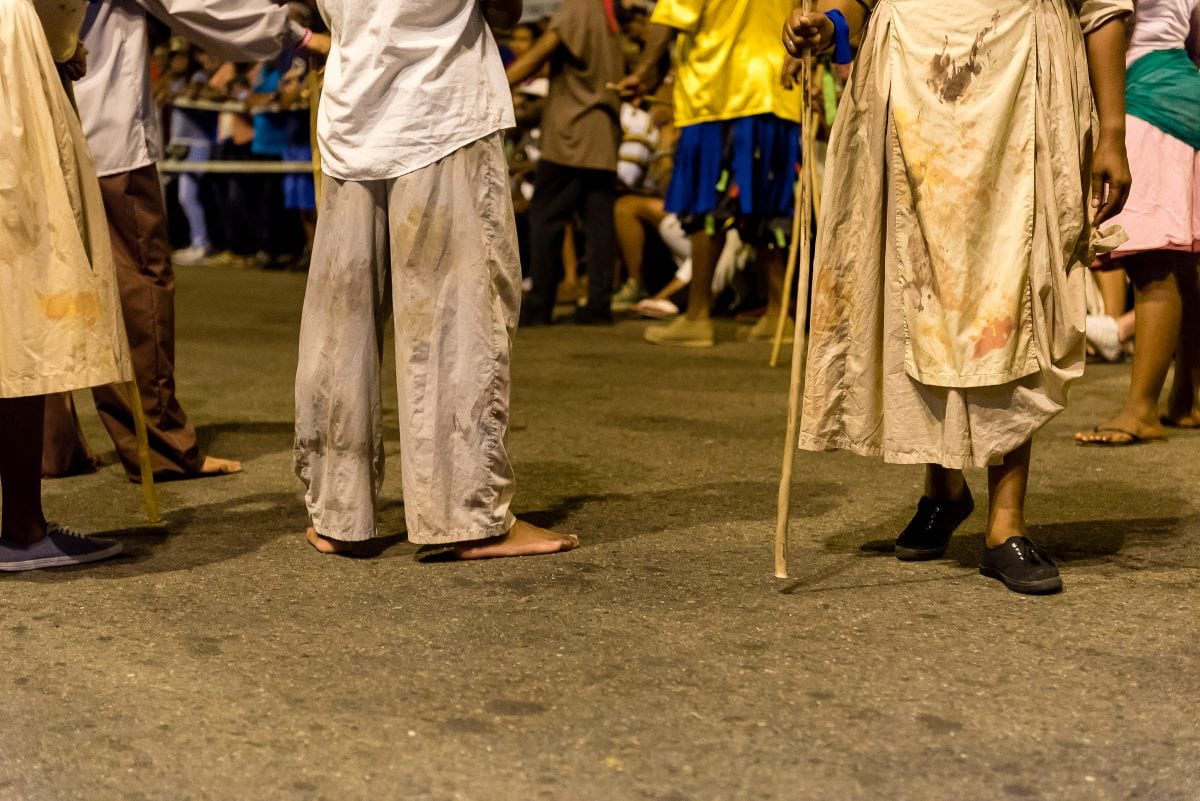 Kambule/Canboulay feet on the ground by Patrick Bennett

Before we get into the details, let’s talk about the word, ‘Canboulay.’ This is the more widely used spelling of the event. It’s derived from a French patois of ‘cannes brulées’ meaning ‘burnt cane.’

But before there was ‘canboulay,’ there was ‘kambule,’ a Kikongo word from West Africa meaning ‘procession.’ 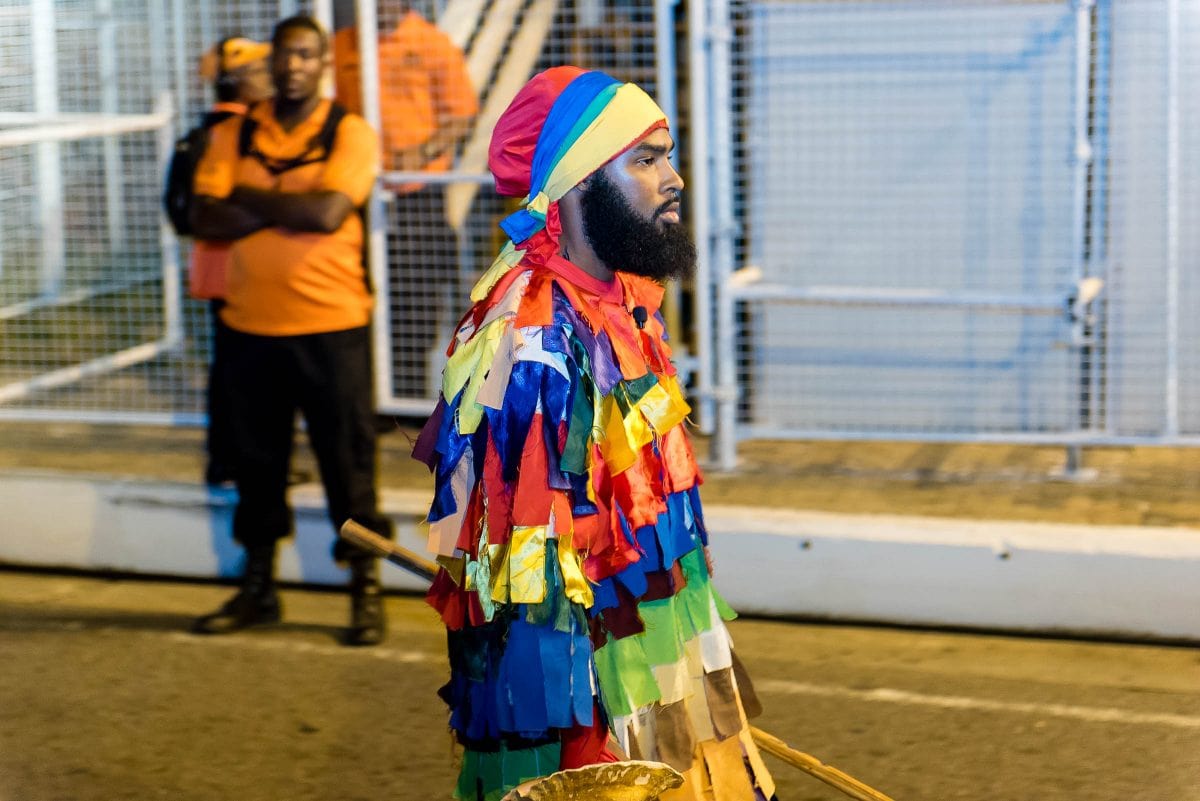 Trinidadian sociolinguists have traced references to processions that took place during 19th Century Trinidad as ‘kambules,’ so for these reasons ‘kambule’ has been reclaimed from the colonial-inspired ‘canboulay’ as a more appropriate name for the event.

No fete. No peace.

The story goes all the way back to the late 1700s. During this time Trinidad was occupied by Spanish and English colonial powers, but through some incentives, an influx of French planters began emigrating to the island. With them, they brought their culture, customs, carnival… And their slaves.

So, while the French set aside the period between Christmas and the start of Lent for feasting, getting all dressed up for balls, and celebrating with their colonial compatriots—African slaves were banned from the festivities.

Even under the circumstances, slaves still found time to put on their own celebrations—albeit ones of a different sort. The slave fetes gave over time to mimicking and mocking their oppressors. They highlighted the atrocities of slavery while also incorporating aspects of rituals and folklore brought with them from Africa. Aspects like the rhythms of drumming. 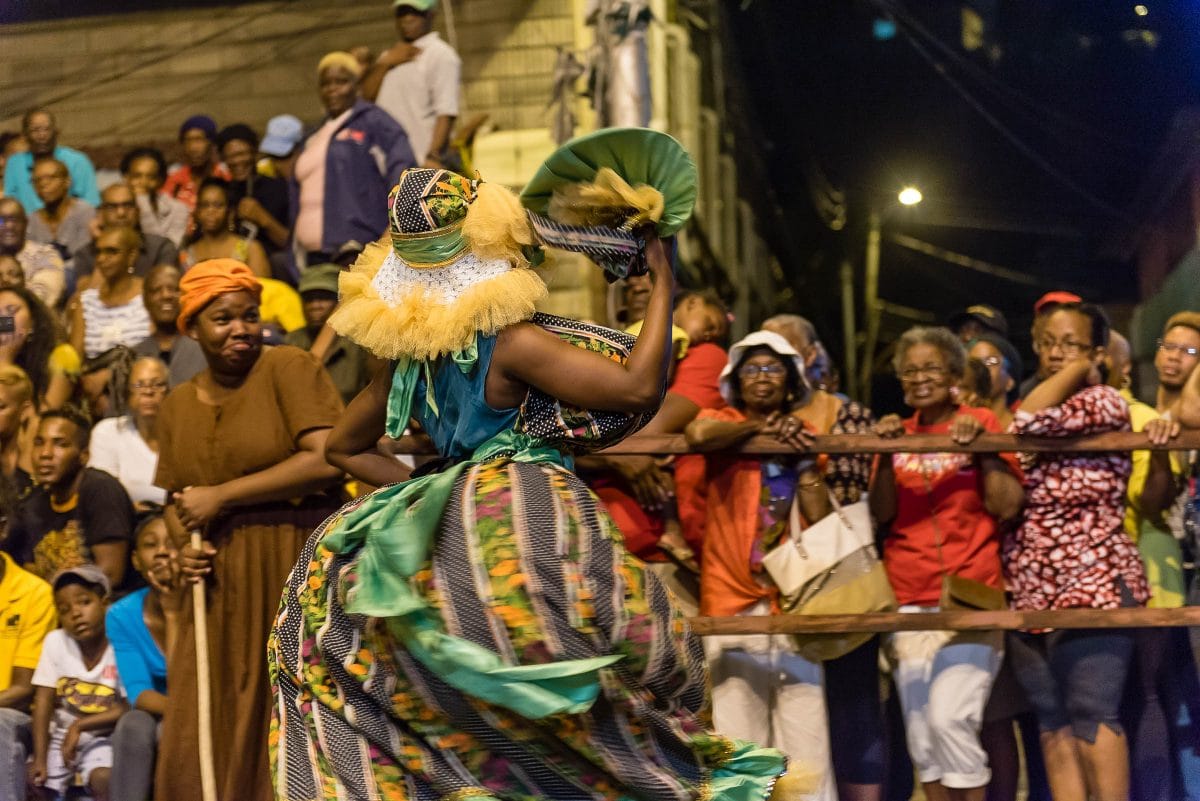 You can imagine that this ruffled a few feathers.

While this did go on for some time (even as slaves gained their freedom), eventually it came to a head in 1880.

First drumming was outlawed, then the whole celebration! That’s right. No drumming. No feteing. No nothing!

When it came time to enforce the decree for the first time in 1881… Well, let’s just say it didn’t go as planned for the colonialists.

Instead of meek freed slaves, the authorities were met with stick-fighters, masqueraders, and an outpouring of angry residents from the communities in and around Port-of-Spain. As one, they rose up for their right to fete and carry on however they liked—no matter who they offended with their outlandish representations of those who mere years before had claimed their parents as property. 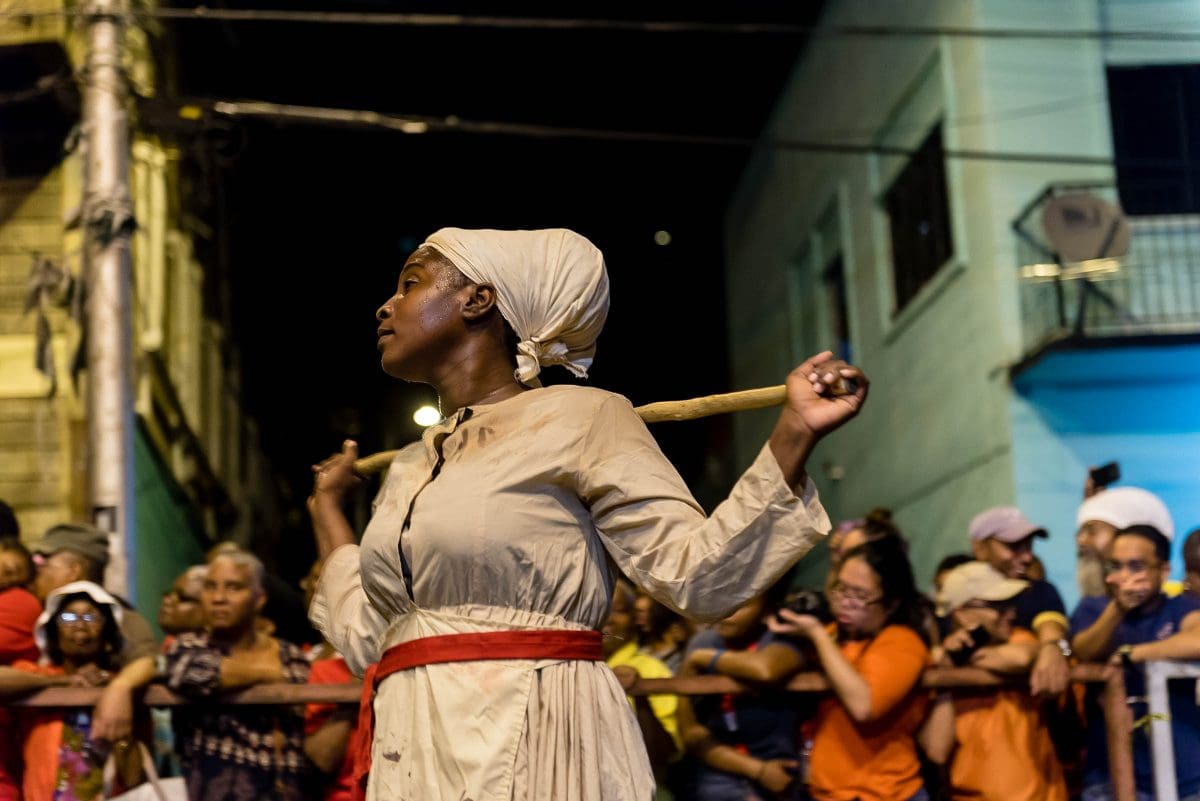 The colonial authorities were routed. The governor, himself, stepped forward to try and spin the outcome, but it was plain to see who the winners and losers of the confrontation were.

But if you need me to spell it out for you…

The winners of the Kambule/Canboulay Riot are us.

This is our fete.

Experiencing the Kambule Riot and the story that lead up to that fateful night firsthand was one of the highlights of my first Trinidad Carnival. Get in touch with history yourself 4 a.m. on Fantastic Friday morning.