Tropic of Cancer Beach – Nothing Compares to These Shores

There are beaches, and then there’s Tropic of Cancer Beach on Little Exuma. (Also known as Pelican Beach.) Sure, we’ve all been to some gorgeous beaches. To me, though, there’s simply no place like this. Hold this strip of shoreline up against others and it becomes clear just how incredibly bright it really shines.

What’s in a name

Let’s get one thing out of the way first. Yes, the beach is located at 23 26N 75 35W. That means the meridian line that marks the northern extent of the tropics, the Tropic of Cancer Line, crosses right through it. Hence the name.

The best beaches are the ones with extreme sand colorings. That means, if the sand is going to be dark, it should be pitch black. Imagine the exotic shores of Montserrat, Dominica, and Martinique as examples. There, the sand is so black from its volcanic origins that small flecks of glitter shine against the inky blackness.

That also means that if the sand is going to be light, the best sand should be white. But “white sand beach” is one of those terms that’s thrown around a lot. So much so, that it’s lost a little of its meaning. Chances are when people are promising a “white sand beach,” they’re really just talking about a “light sand beach.”

But trust me, Tropic of Cancer Beach is white. And not just white, I mean it’s blindingly white.

The last time I stepped over the bordering scrub-covered sand dunes and into the photo you see above, I’d just finished marveling at the bizarre Salt Beacon. It was early afternoon. After the short drive over rocky road, all I wanted to do was peel off my clothes and dive into the cool embrace of these Bahamian waters.

But the sand stopped me dead in my tracks.

In the nearly cloudless blue sky, blazing away, the Caribbean sun flooded the scene in bright light. And somehow, bathed in all that light, the sand shone back. It dazzled like a giant flash that was frozen mid-blast.

Yes, the sand itself radiated a blaze of light. It was stunning. My eyes simply couldn’t adapt. Sunglasses helped, but the sand was so blindingly white, the light it reflected felt like it shone straight through my body.

Finally, after a few moments, I snapped out of my daze, squinted through the brilliance, and pushed on.

Only to get shocked by the seas.

Listen, I’m spoiled. Growing up in St. Croix, gorgeous water was never far away. As a kid, long before any paved roads or visitor centers were constructed, we made visiting Sandy Point a weekly ritual. Here, we would run down the sloping sands and dive into blue—immersing ourselves in crystal clear water that would put most other beaches to shame.

Most other beaches, yes, but not Tropic of Cancer Beach.

Sure, The Bahamas are known for crystalline seas. And the Exumas, in particular, is famous for being home to some of the best water of all within the 700 island chain. But, as you can see in the photo above, Tropic of Cancer Beach is perhaps the very best of the best.

The water at Tropic of Cancer Beach isn’t just clear. It isn’t merely turquoise or any of the other often used words to describe Caribbean beaches. It’s electric. Like the sand, it shines with its own stunning inner light.

This is water the likes of which you won’t find in many places. It’s so clear, you can easily spot any sea life that might be swimming in its depths from well up the beach.

While the sand took a while for my eyes to adjust to, the sea was different. After the initial shock of the electric blues, it began calling—begging me to dive into its impossibly clear depths.

How could I say no, right?

Shady patches are few and far between on Tropic of Cancer Beach, and that’s perfect. Not that this beach is known for being busy, but the well-spaced shade it makes it even more likely that you’ll find yourself (and whoever is lucky enough to join you) in your own private paradise.

I padded through the light show under my feet to the nearest shade under an evergreen tree. Pine needles were swept across the sand. There was a very light scent of green wafting on the salty sea breeze.

In a word, it was magic.

What happened next? Well, take a look:

Tropic of Cancer Beach - Nothing Compares to These Shores

Tropic of Cancer Beach, located near William Town, Little Exuma is the longest beach on the island around 30 minutes drive from George Town on Great Exuma. And it’s the thing of dreams.

It forms a perfect crescent of white. The translucent blue-green water it hugs has to be seen to be believed. And as though that’s not enough, chances are you’ll have it all to yourself when you visit.

Most other beaches just don’t compare. 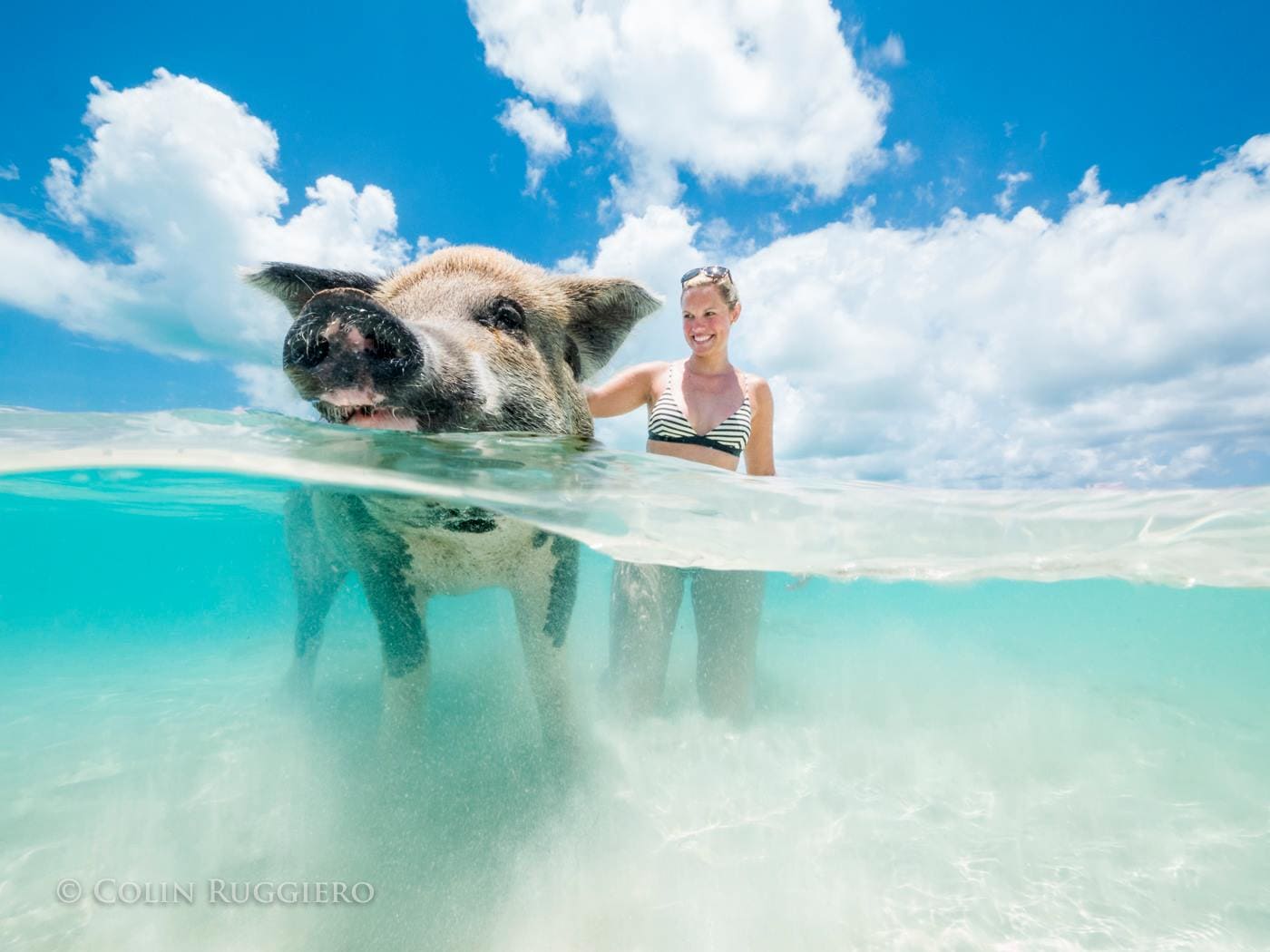 Mingling With The Locals On Pig Beach, Exuma

One of the more aptly-named beaches anywhere, Pig Beach is also easily among the most uncommon. This is home to the famous swimming pigs of Big Major Cay.
82
Shares 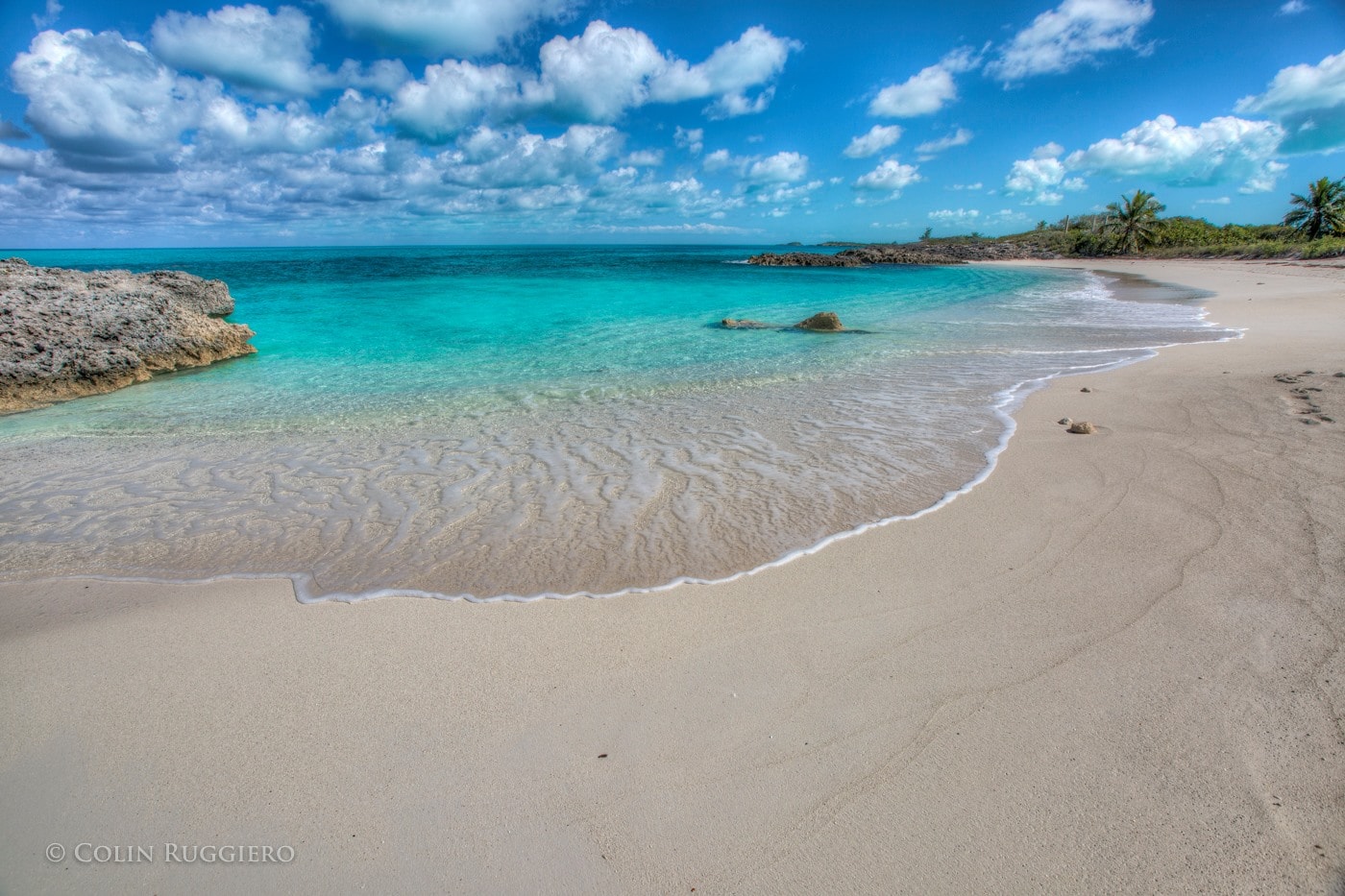 Our Favorite Type of Beach in The Bahamas: Photo of the Day

Everyone's got their own favorite style of beach. This is ours.
1.1K
Shares 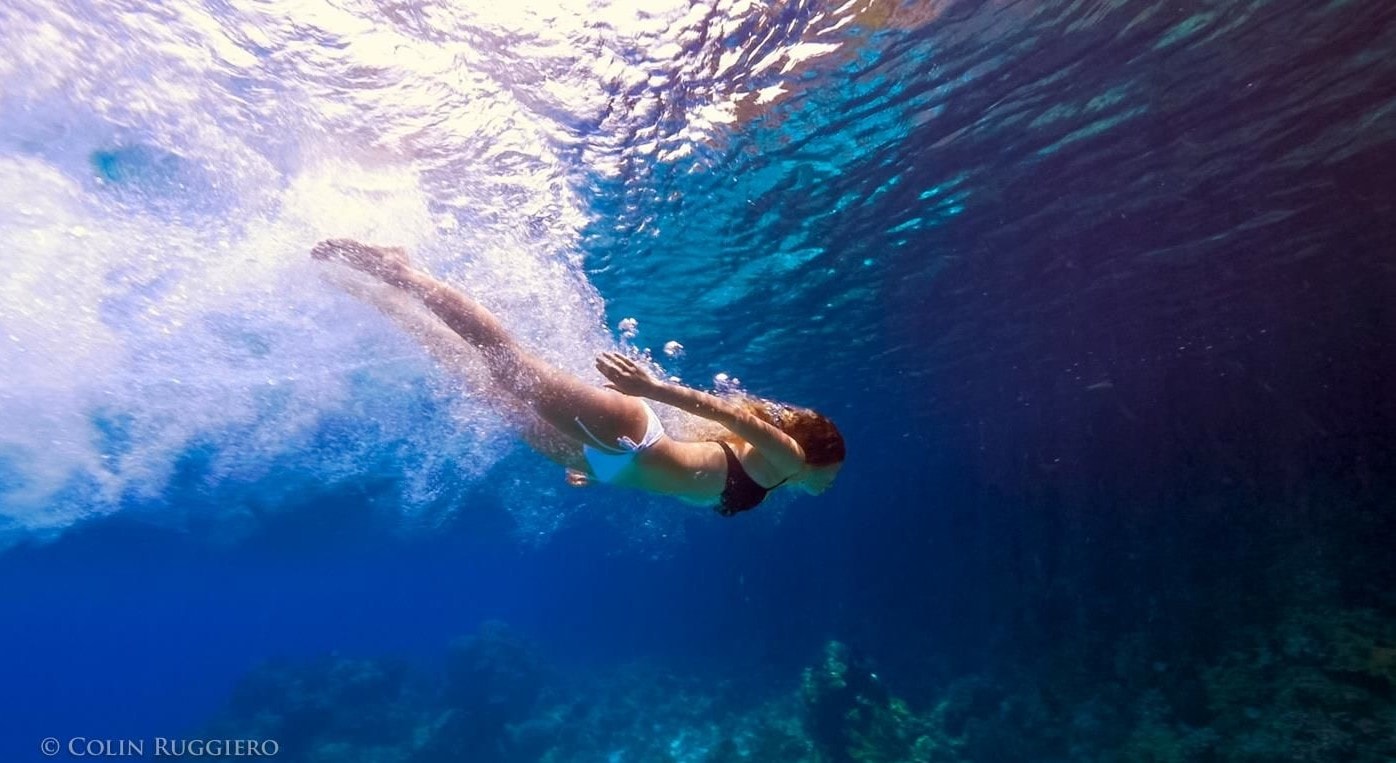 The warm, clear, and sinfully cerulean seas that encircle the 365 islands in the Exumas...
421
Shares
Send this to a friend