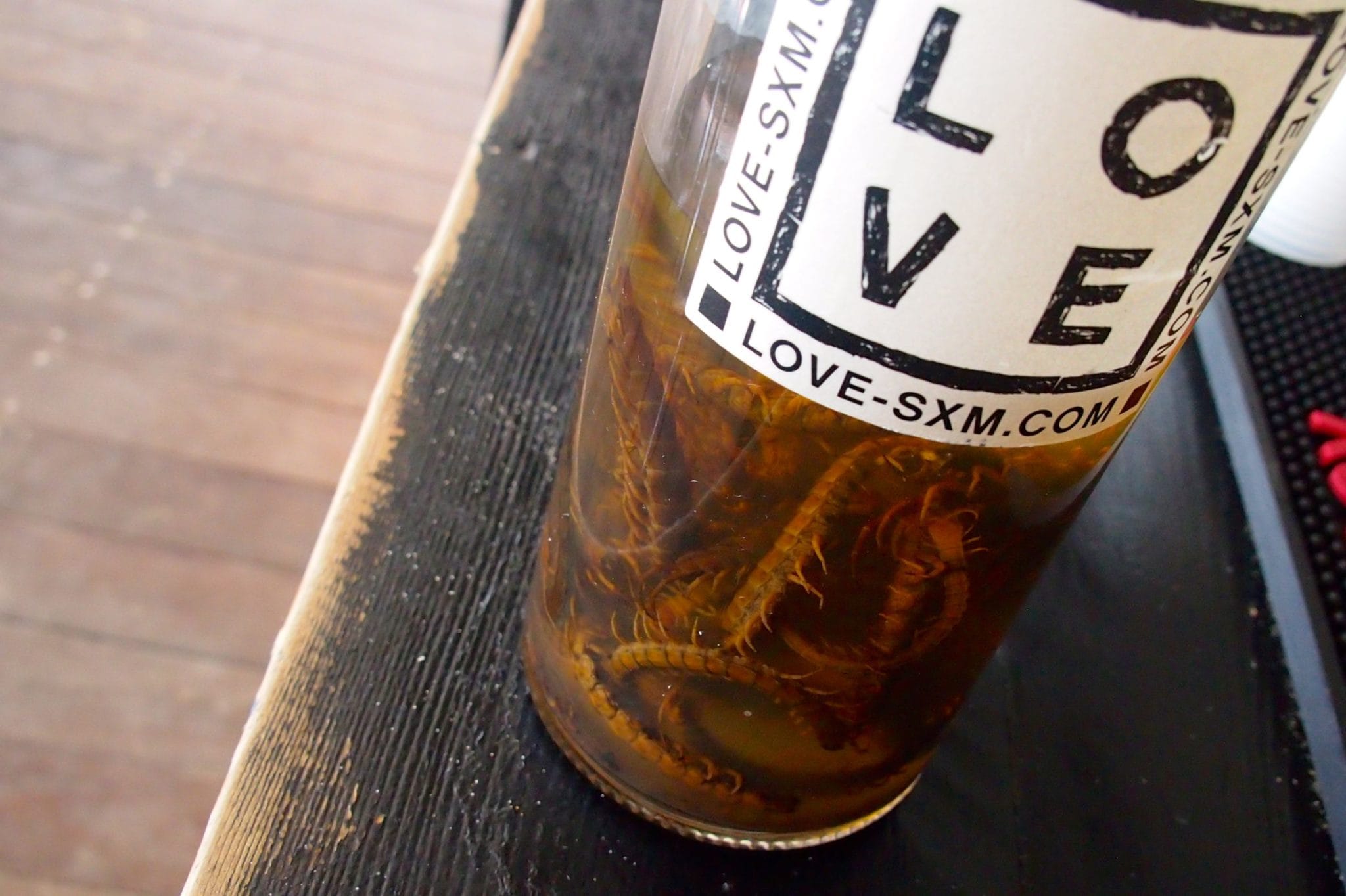 She was cute and charming in that easy-going Midwestern way that makes easy friends of strangers.

I seem to remember she was from Ohio, though your guess is as good as mine as to her name. She walked right up to me at the bar at Love SXM, the sultry den of drinks and good times hovering over the sand along Grand Case Beach.

It was a rainy Sunday, perfect conditions for a bar crawl in search of uncommon libations. I was well into the task when she came along, announcing how much she loved St. Martin and that she and her husband were visiting with friends who’d been there before.

She couldn’t know what I had been drinking. She said didn’t care. This would be a mistake. Moments earlier, Julien, my great new bartender friend at Love SXM, had joined me in a shot of the frightful concoction pictured above. It has no name, though it should look familiar to long-time UC readers.

You remember the Venom bush rum I enjoyed with Bankie Banx at his Dune Preserve in Anguilla, right? Well, this dubious drink is in a similar vein, though not nearly as firey as Bankie’s. It was kinda’ sweet, really, a product, I imagine, of the added sugar and “cheap Puerto Rican rum” (Julien’s words) they use to make it.

The key ingredients, though, are the centipedes, of course.

We have a team of young boys who know we do that type of rum. They bring them (centipedes) to us and we exchange them a Coca-Cola.

The real kicker to this drink, though, is that the centipedes must be alive when added to the mix.

We put them alive in the rum and when they’re dying they spit the venom in it, which is giving the taste.

Works for me, though as you’ve seen a time or two before, I’m not your typical rum drinker. My Ohio drinking buddy, on the other hand… Well, let’s just say she was more than a little surprised/horrified when she took a close look at the bottle after downing the shot.

Pretty sure her Sunday bar crawl ended right there… 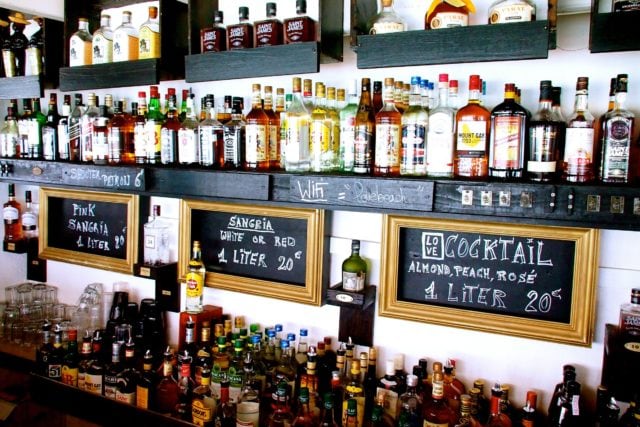 Behind the Bar at Love SXM | SBPR

Love SXM has a full bar featuring many other not-so-incendiary libations. They also have some pretty sweet rooms so you can keep your party going here all night long.

Ask for Julien when you go; he’ll make sure you feel the love.

Many different bars across the Caribbean allow you to leave a mark commemorating your visit. One of my favorites is the graffiti wall at Love SXM.
9
Shares
St. Martin/St. Maarten