Balashi Beer, like a lot of things in Aruba, always makes me smile. The island’s newest (it’s only been around since the 1990s) and now only homegrown beer (we’ll discuss Amstel Bright another day) is by far the leading brew of choice when you’re having a good time on this “One Happy Island.”

The People’s Beer of Aruba

Just say Balashi out loud a couple of times. It just sounds like fun, right?

The name is derived from Bala Bala and Balana, both words from the language of the original inhabitants of Aruba, the Aruac Indians. In either case, the words mean “near the sea,” which of course appeals to me.

The name, though, wasn’t just chosen at random by marketing/product development execs.

Back in the late-1990s as the brewery was just getting started, the owners held a contest among the entire population of Aruba to name the new beer. The name Balashi won out in an island-wide vote, leaving no doubt that Balashi is truly the Aruban people’s beer through and through.

Brewed from imported Scottish malt and German hops, Balashi is your typical Caribbean beer—a light, thirst-quenching pilsener with a nice golden color. To be sure, it makes a great companion on balmy beach days under the warm Aruban sun.

As for the flavor, the brewer describes Balashi as “soft to the tongue bitterness.” A prime contributor to Balashi’s unique flavor is the local water used in its production. As noted proudly on the can, Balashi is…

Kinda’ makes you think there’s some mystical natural spring hiding somewhere in a remote part of Aruba where they get this ultra-pure water that gives Balashi an exceptional, uniquely Aruban flavor. You know, something like The Source in Nevis.

Umm, not so much. The water in Aruba, though tasty, is far less than exotic. Or, as described on EnjoyAruba.com:

Aruba’s drinking water flows from the world’s second largest desalinization plant. It is not only perfectly pure and safe to drink, it’s also very delicious.

So, how does this uniquely Aruban, light and refreshing beer sit with me?

Well, for my taste, the bonafides of this light beer lean more toward less-filling than tastes great.

(Editor’s note: Regular Balashi is not so light that they couldn’t find a way to make a “light” version of it. One exists, though I’ve to try it. We’ll be sure to share a review once I do, I of course.)

Anyway, who needs excitement in a bottle or a can when you’re in Aruba? The excitement here is all around you! Just seeing this photo reminds me of the afternoon I spent at Charlie’s Bar in San Nicholas, my lunch at Zeerover in Savantea, and happy hour at Moomba on Palm Beach.

I took this photo at my hotel just before heading to the airport. It was my last taste of Aruba. Even now the image is drawing me back for another taste of a beer I like (mostly) in a place that I love. 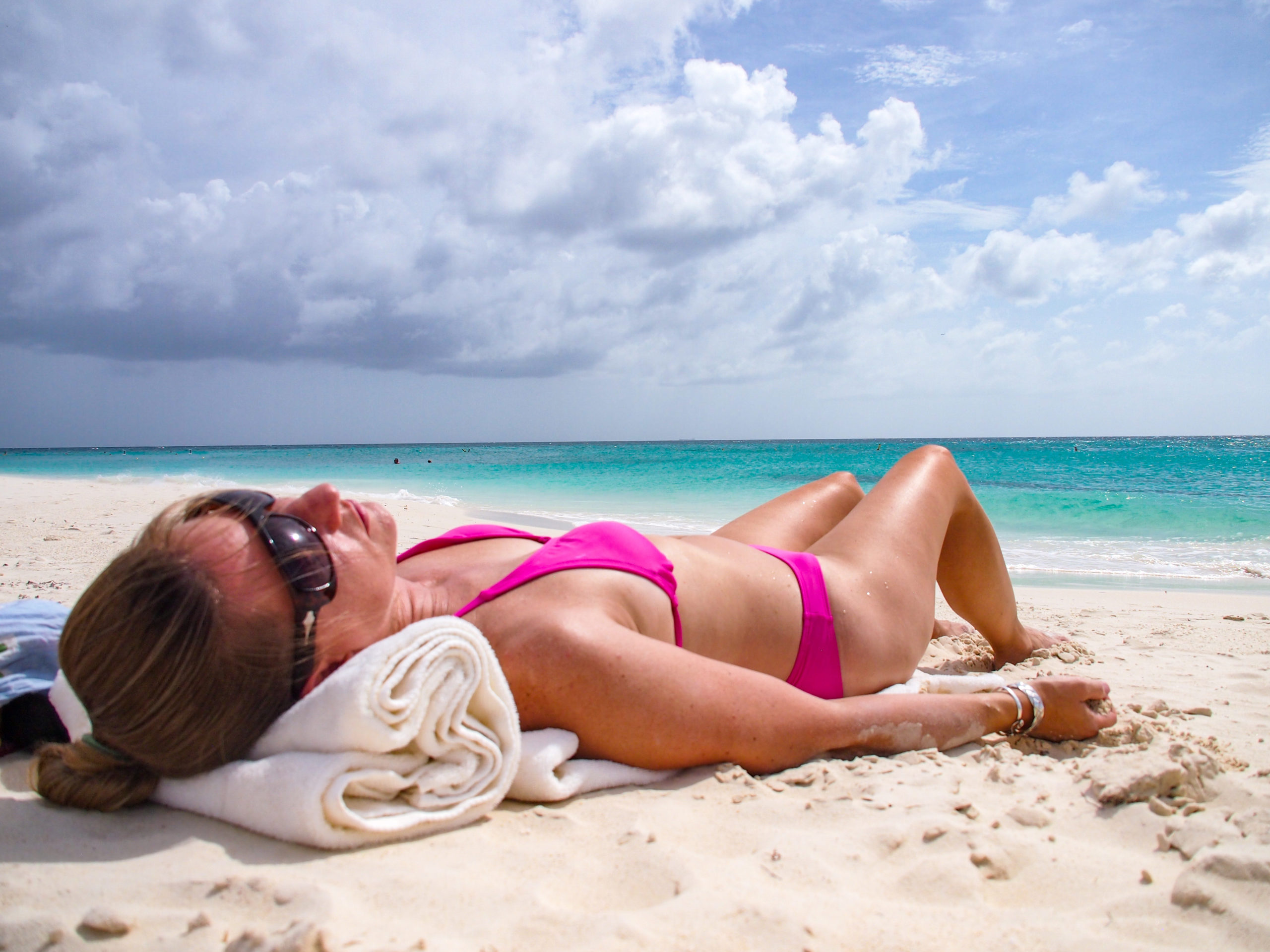 Sunning It Up On Eagle Beach, Aruba

Time out from adventuring around Aruba is best spent on Eagle Beach, especially if you hate crowds and love pristine, powder-soft sand...
4
Shares 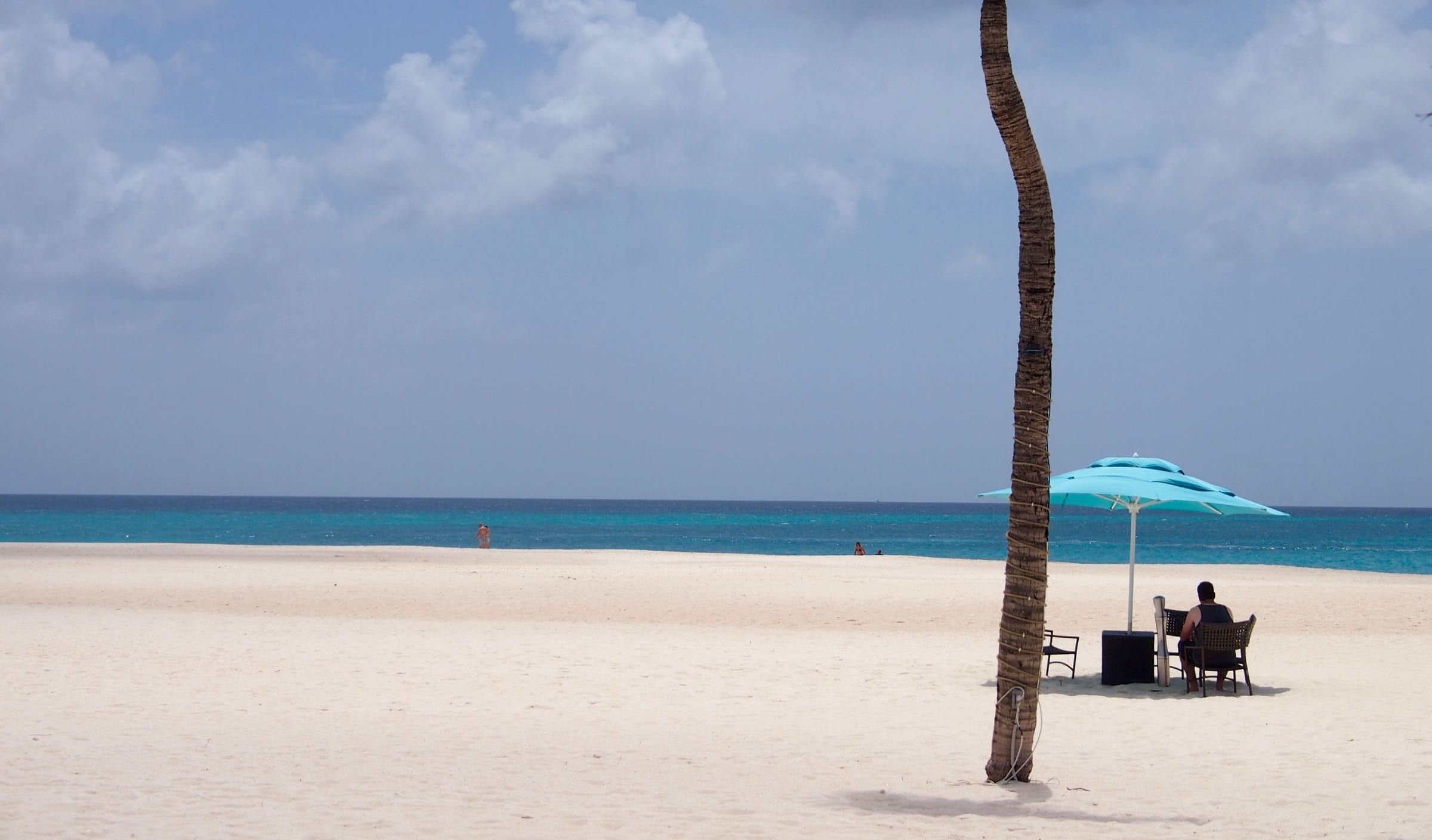 The Naughtiest Table in Aruba

All of the beach umbrellas at the Bucuti and Tara Beach Resort in Aruba are white... All of them except for one conspicuous blue one...
344
Shares 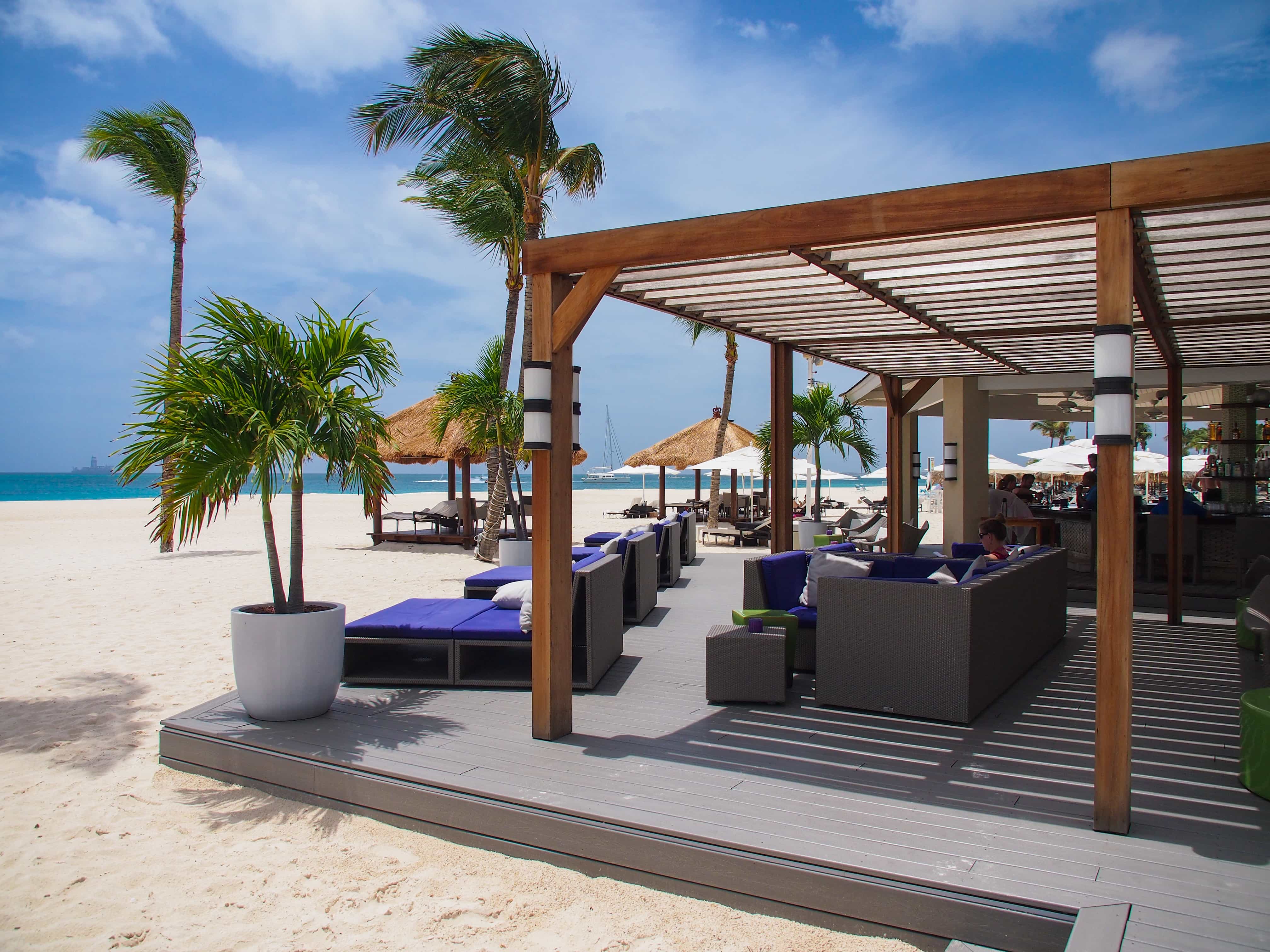 The adults-only Bucuti and Tara Beach Resort in Aruba is all about helping couples to get reacquainted with their very best selves.
54
Shares 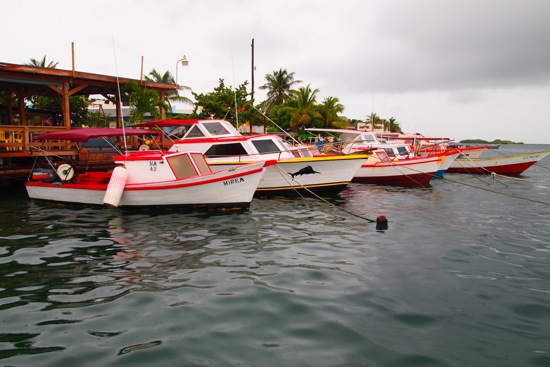 Things to do in Aruba When it Rains 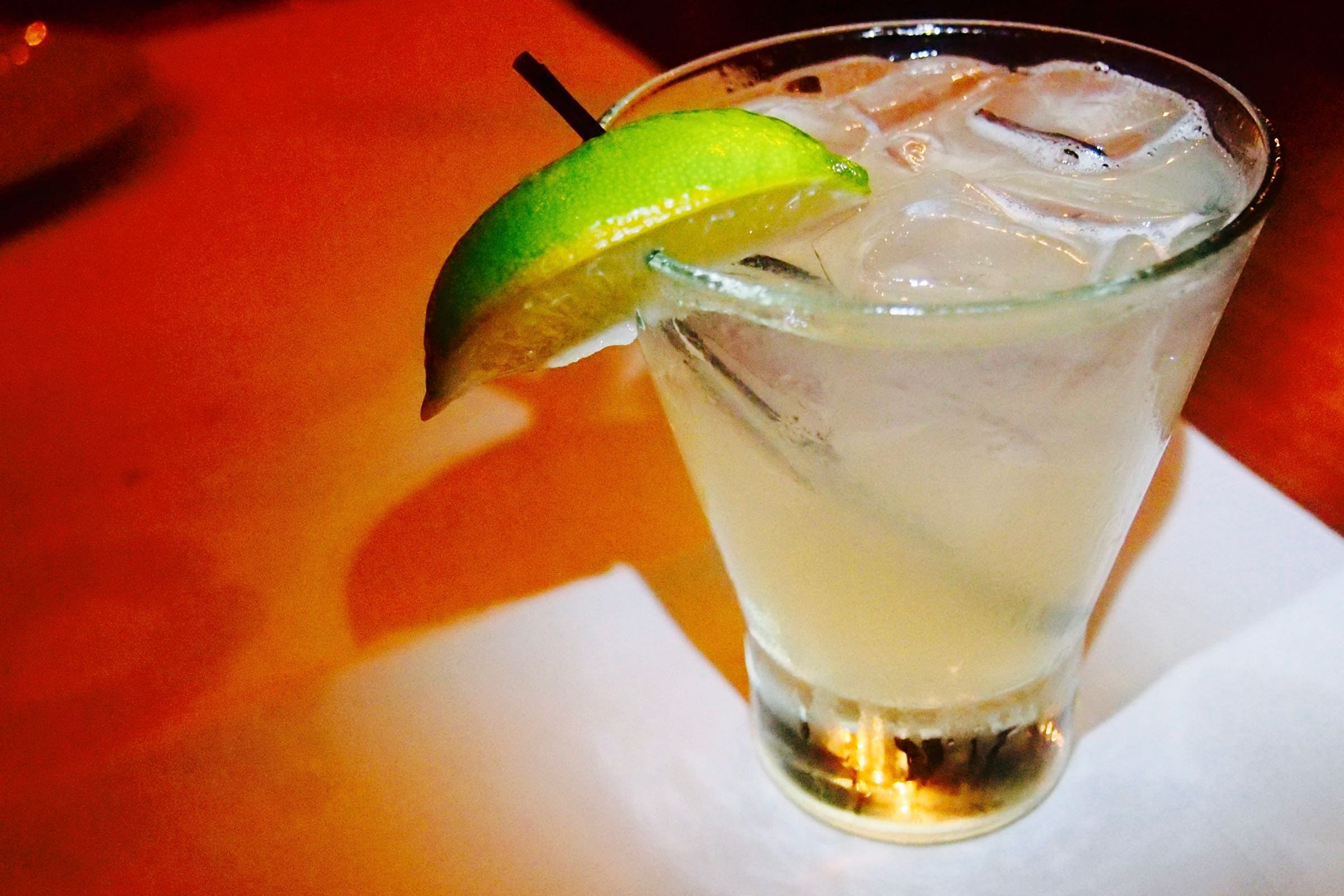 Friday Happy Hour: Getting Sinny with Ginny in Aruba

I had every intention of behaving myself. Travel with the wife engenders such restraint.
1
Shares 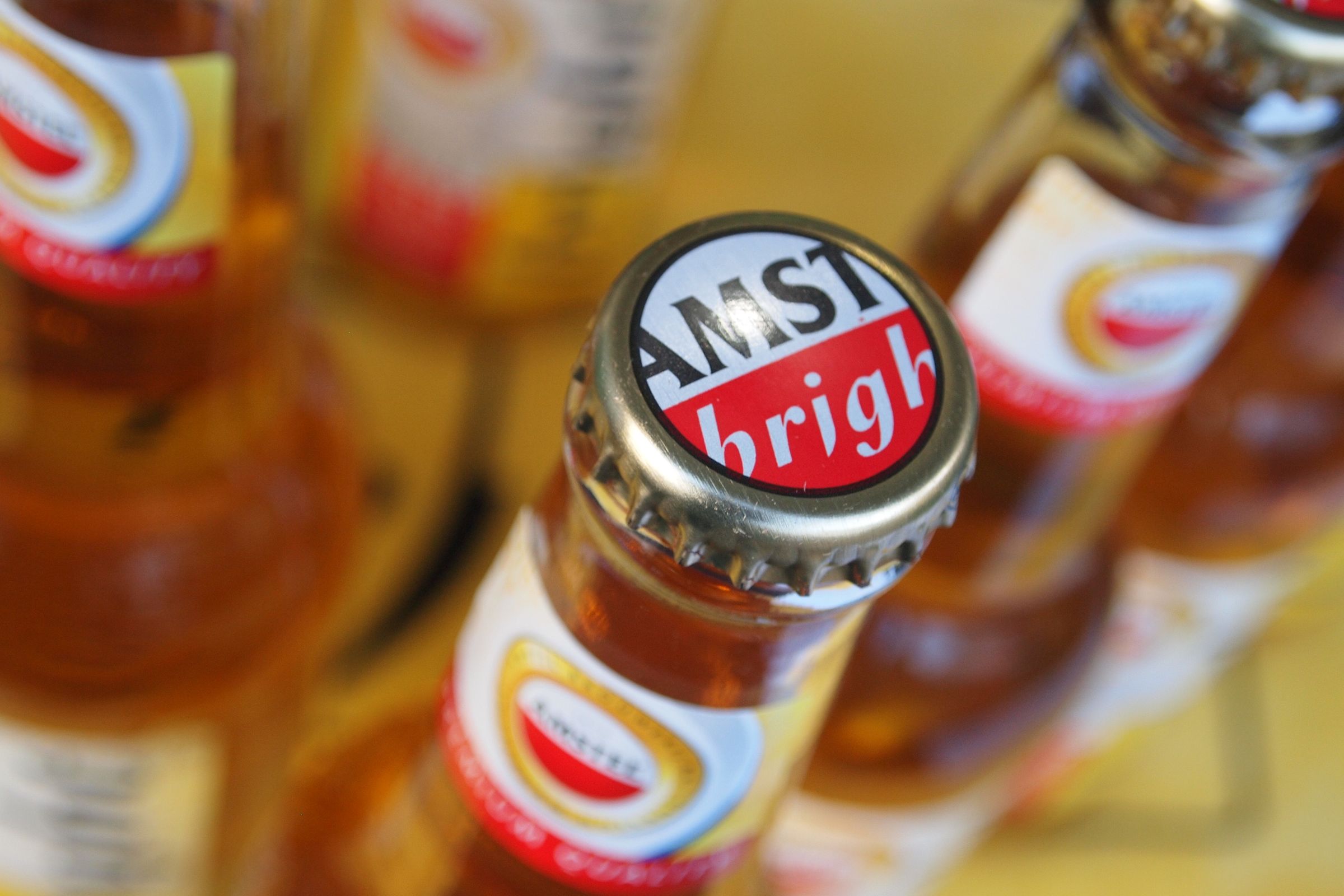 Amstel Bright Beer: My Other Favorite Beer When in Aruba

Amstel Bright is a bit smoother with less of the bitterness found in Amstel Light. Some say the closest thing to it is Corona.
310
Shares
Send this to a friend