Editor’s Note: You won’t find Poulet Boucané on the fanciest gourmet menus that have earned Martinique the distinction, Culinary Capital of the Caribbean. That is to say, you won’t often find it in the manner it’s best prepared and enjoyed – by the side of the road. Poulet Boucané is West Indian street food of the highest form, a treat worthy of enduring a few hassles, as guest writer Shane Carrick shares in this vivid account from a mid-April trip to Martinique last year…

A tropical bird’s roar wakes me. I unzip and squeeze out of my dew covered tent. The clouds hang low and the tropical rain dangles above in long grey sheets. No beach-goers. No boats. Today the Caribbean Sea is frothy and dark. I wipe ants off my cooler and open it – there’s only a few drops of warm guava juice and a sandy tuna tail. I’ll skip breakfast. Some yellow crabs cautiously peer out of their holes in the wet sand and quickly go back under. I feel like doing the same, but I’m hungry and need to resupply so I hit the trail and head toward the car. Ten minutes later my sweaty shirt is sticking to the seat of my bright yellow golf cart of a rental car. I’m heading into town for food.

Martinique is a part of the French West Indies, nestled between Dominica and Saint Lucia. It’s about the size of New York City but with only 5% of the population. In the north there is a volcano and a tropical forest.  In the south there are beaches and sunburnt French people. Guidebooks say it’s a “mini France.” I disagree.

People speak French, they buy baguettes by the armload, there is a fancy shopping mall and traffic jams, but it’s not the metropole – far from it. Martinique is Martinique. An island of flowers with its own beautiful complex Creole culture. Wonderfully chaotic and unpredictable. A colorful island with a deep blue sea and a blood-red history. Tied to France through colonization and commerce, but independent in spirit and soul.

As I descend into town I see empty fishing boats bobbing up and down in the bay, haggard street cats searching for scraps by the vacant market; the local grocery store “8 to 8” is ironically shut and locked. A few old fishermen wearing faded Yankees hats slap dominoes down on the dock and shout something dirty about a woman named Katrine. It’s a holiday. Another island paralyzing event that gives the place an eerie post rapture vibe. I should have known. I used to live here after all.

I park and walk into the center of town hoping someplace might be open that serves food.

I ask the guy in the rasta colored mesh tank-top what holiday it is. He laughs and looks back at his friends. Turns out today is a worker’s holiday. Likely a clever ruse hatched by local politicians long ago around a bottle of rhum vieux on a Sunday night in order to avoid a another five day work week…

Now don’t get me wrong, I love a holiday. But as an American, home of the work-yourself-to-death paradigm, the idea that an entire country can turn the capitalism dial to pause is alien to me. How can everyone not work? I mean someone has to do something right?

Not here. That everything closes, is a part of Caribbean life that can be annoying if one finds himself hungry and unprepared (like me today) but it is also one of the most attractive cultural traits and zen-like qualities of the island. The art of doing nothing. It’s a concept that was hard to gasp when I first moved to Martinique – and it was easily forgotten – it’s only been a year since I moved back to the U.S.

Getting back in my car I suddenly remember that even though “official” island commerce has stopped, there is one place I can find food today: roadside fruit stands and BBQ pits (most often found in the south at main highway roundabouts). At these stands, one can find the hidden treasure of Creole cooking: Poulet Boucané.

Poulet Boucané is sugarcane smoked chicken – Creole BBQ style – usually served by a large woman who, between shouting orders like a drill sergeant at her fearful husband and hacking at pieces of meat like Jeffrey Dahmer, will look up at you and stare, her eyes piercing daggers through your very soul! You stutter whatever language comes out of your quivering mouth and point at the mounds of chicken smoking on the grill. She blurts out the price, of which you make out nothing. You nod pretending you’ve understood perfectly. You hand the woman a 50 Euro bill thinking you’re clever. She looks at the bill like you’ve just tried to hand her a wad of used toilet paper and then suddenly belts out a question you don’t understand despite the fact you hold a degree in the language she is speaking. You freeze and smile back blankly, contemplating the fact that the past four years of your life could have been a waste and wishing an angry-woman-comprehension class had been offered in lieu of that course on lyric poetry of the French Renaissance. The large group of spectators that have gathered to watch you buy a chicken gasp and mutter and place bets, wondering what your next move will be. You remain frozen. Your lack of response reveals that you understand nothing. The large chicken lady smiles a large robust Martinique-chicken-lady smile, having just realized that you’re mentally challenged and that it is not your fault. She slowly and deliberately counts back your change to you then takes your Poulet Boucané and smothers it in Sauce Chien (not made from dog). She hands you the chicken and calls you “Doudou.” You manage to smile and thank her and then turn back to you car, almost running, feeling as though you hold in your hands the last piece of chicken on the planet.

This is what I’m after. And it’s worth the hassle.

Water cascades out of the thick tropical forest onto the highway.The lawnmower-size wheels on my Opel car struggle to make it through the large puddles on the road. I pass by large cows chained to the guard rail. A few street dogs scuttle past seeking shelter. It’s still raining and I’m still hungry. No roadside vendors, no signs of Boucané smoke. As I drive I scan through the radio and settle on one of a hundred Zouk stations. I don’t particularly like Zouk, especially now with low blood sugar.

As I drive into the small southern fishing village of Le Marin I’m wondering if I could eat the rancid tuna tail back at camp without getting sick. Then I see it as I turn a corner: The Golden Arches. And it’s open. Seemingly the only place open today.

Now, being an American and eating McDonald’s in a foreign country is a shameful act. But today it’s hunger vs. shame. Hunger wins.

Here McDonald’s seems like an odd mirage, juxtaposed against the beautiful Caribbean sea, a blemish on this tropical paradise – like a zit on supermodel. I pull into the parking lot, give the rear-view a quick nervous glance like I’m about to pick up a hooker and steer for the drive-through. The A/C is on high but I’m still sweating. Luckily, warm rain and humidity fog up my windows, hiding my identity.

I turn down the Zouk, roll down the window and shout my order into the microphone: “I’ll have McNuggets, large fries and a large Coke, please. . .  “ (In French.)

She responds (in English): “How many?”

Embarrassed, I mutter back (in English): “Nine.”

I should have ordered 12. Oh well. After a brief pause she tells me to pull around to the window. Her name tag says “Hello Kitty.” She hands me my food and gives me a glance that seems to say “Humph . . . I thought so.” I park to inhale my meal in the car. Raindrops patter on the roof. I guess it’s okay to eat McDonald’s in a foreign country if you’re starving. I’ll be cultural tomorrow. I reach into my greasy brown bag to look for more ketchup.

Thanks, Shane, for sharing your colorful story. You now have me starving for some Poulet Boucané, which I agree from experience is well worth most any hassles. Must be time to book one of those new nonstop flights to Martinique..! 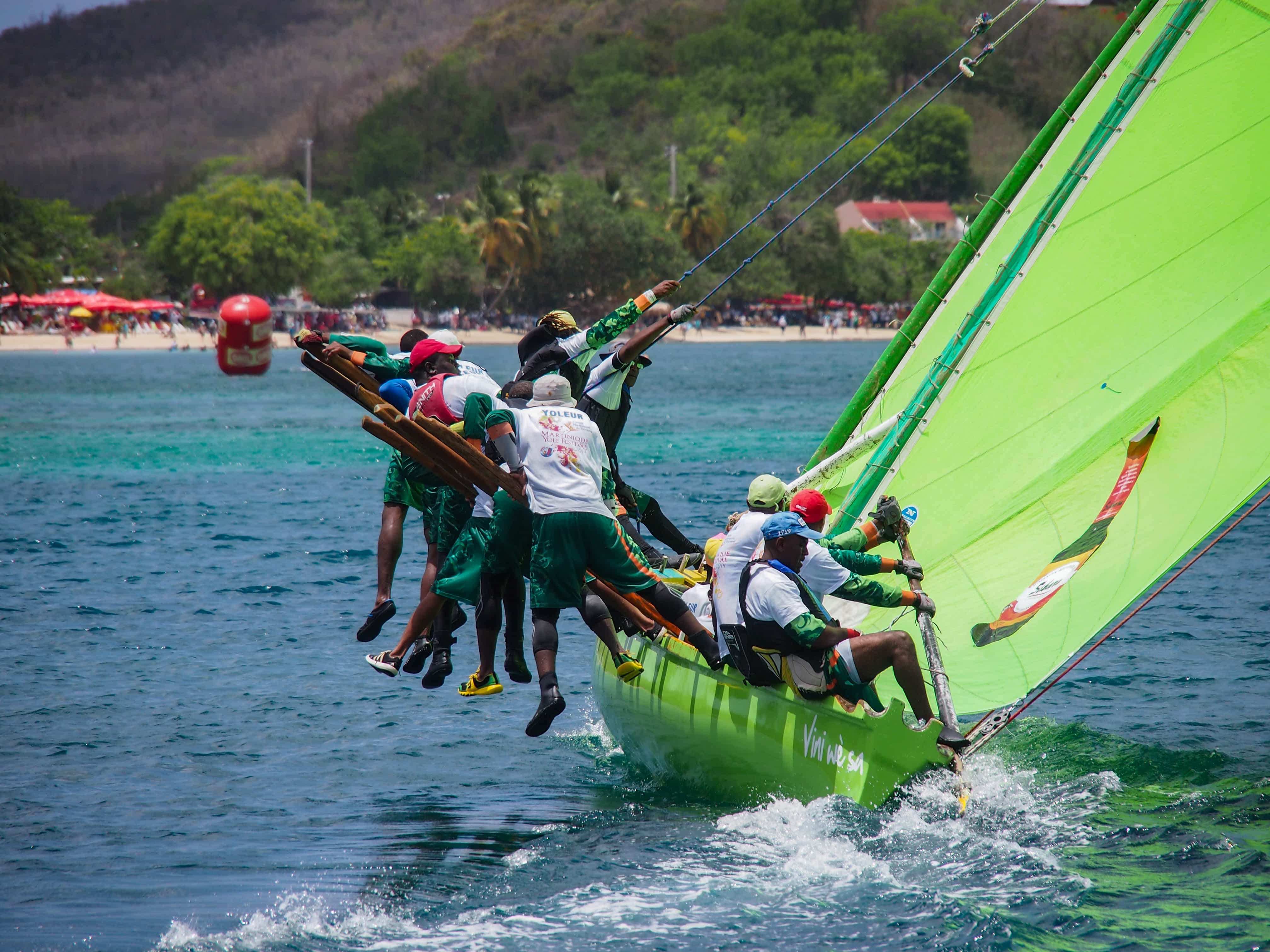 A rich tradition born long ago in Martinique for practical purposes like fishing and transportation, the art of yoles sailing is still nurtured and cherished today through the annual staging of Le Tour des Yoles Rondes.
60
Shares 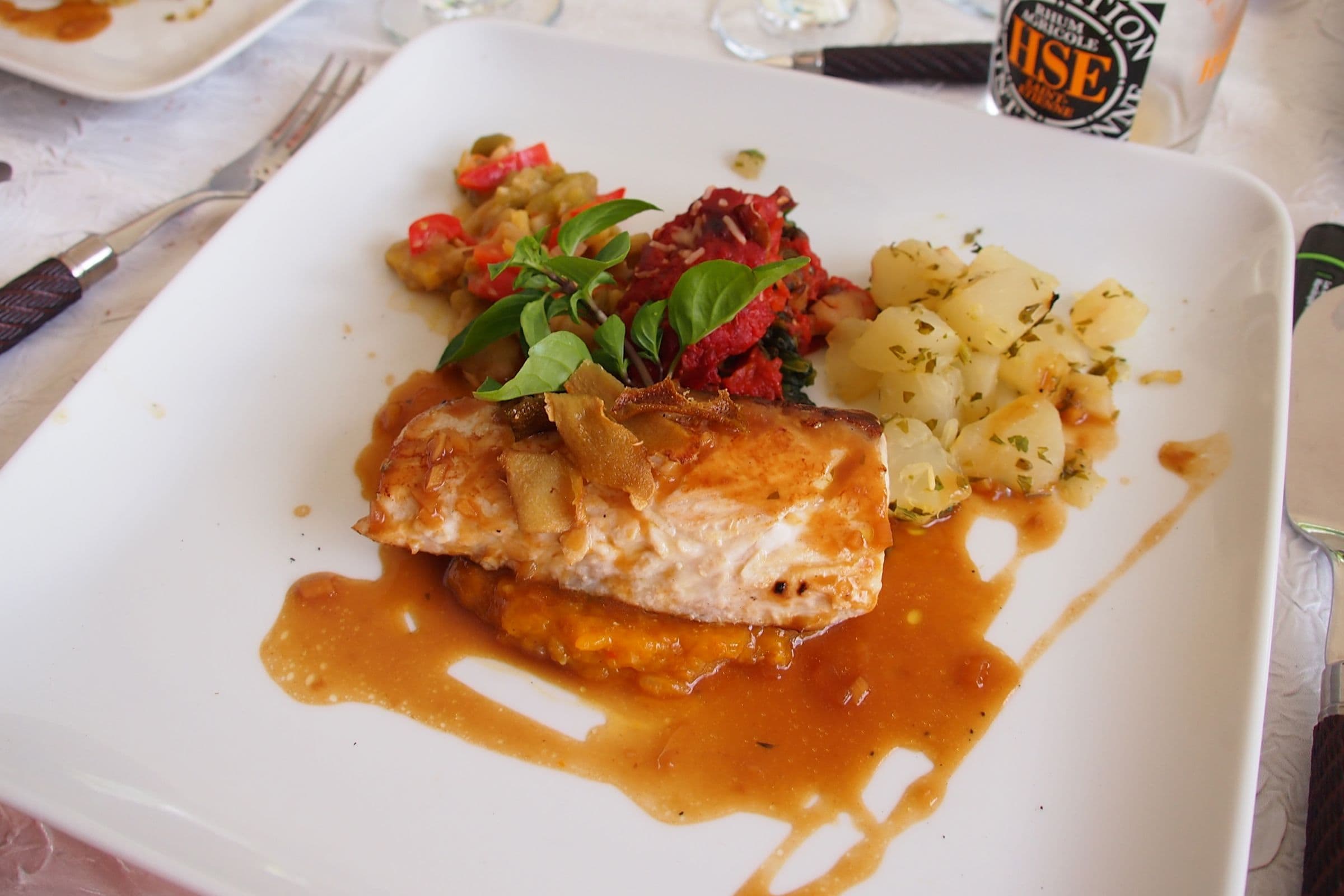 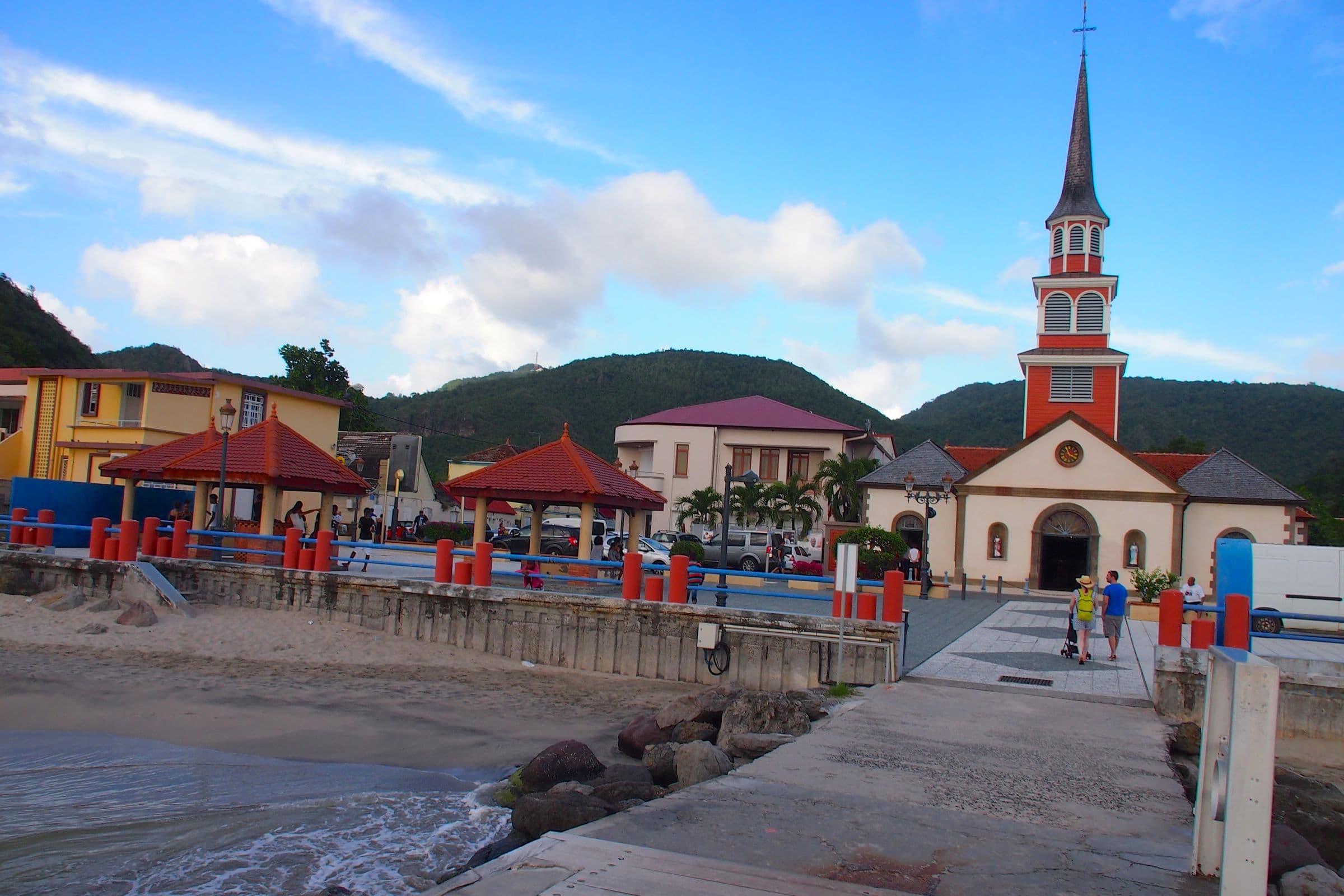 It was a typically balmy afternoon in Grande Anse-d'Arlet this past Saturday.
260
Shares
Send this to a friend