Friday Happy Hour: Cerveza Balboa, Perfecto for Me Just Prior to Lent 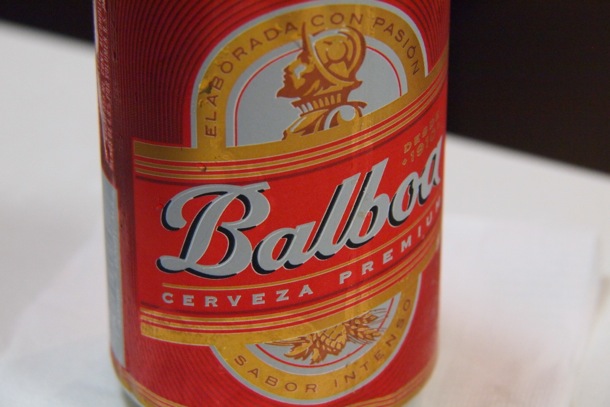 There’s nothing like Trinidad Carnival to reignite a man’s appreciation for the benefits of Lent. Believe me, the endless days and nights of epic fettin’ will compel you to give up some vice, any vice for at least the next 40 days after the last bit of wining is done. Even if you don’t have religious reasons to test your restraint, you’ll certainly have restorative physical ones, with perhaps a dash or two of fear over a possible tilt in the law of averages toward the negative after overindulging in the highest of highs pon di road.

So, what am I giving up?

Considering how much I write about rum, I’m guessing that some of you may be thinking this is won’t be any big deal for me, right? Well for me, beer and rum actually go quite hand-in-hand, the two of them often chasing each other during my happy hours. Giving up on one doesn’t mean losing out on both, mind you, but it definitely portends an overall reduction in consumption.

If you saw me jumping up on Carnival Tuesday, I’m sure you’d agree that this is a good thing.

Stag, Old Oak and Angostura Single Barrel fueled my penultimate day of Carnival fun, a titanic tramp that lasted all of 14 hours in the sweltering Port-of-Spain sun. It wasn’t until I arrived in Panama City the following evening for my connecting flight to Miami that I began to even remotely feel like my regular self again. 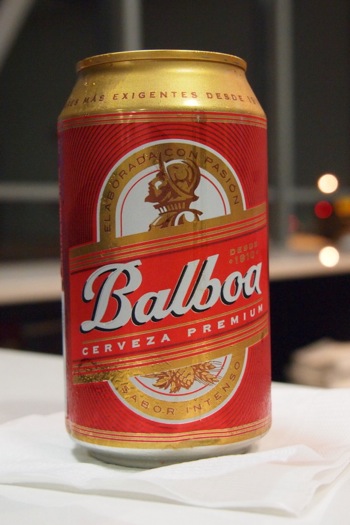 It was time for Balboa.

It’s named after the famous 15th century Spanish conquistador Vasco Núñez de Balboa, of course, though its pedigree is decidedly more North American. If you like your typical American or Canadian beer, you’ll probably like Balboa. It’s crisp and smooth with a nice flavor and very little bite.

Certainly refreshing when enjoyed ice-cold, and not too terribly damaging at 4.8% alcohol by volume, Balboa might be boring to those preferring a bit more character and richness in their beer. For me, though, on this particular occasion, I found Balboa to be heavenly, like a soothing series of soft kisses to all the sore points up and down my body – the perfect last beer for awhile.

Balboa also has me anxious to return to Panama to sample more of the many local beers there. Cristal, Atlas, Soberana and Panama brands are the big names, but I’ve read that there are others outside the mainstream that may be a bit more interesting.

Perhaps another, more extended layover in Panama is in order following next year’s Trinidad Carnival fun. Only this time, I think I’ll be delaying any restraining…

The Trinidad cocktail is a quick, easy, and stiff rum drink that soothes the pain over missing Trinidad Carnival.
130
Shares