If you’ve ever witnessed the outfits, dancing and general… Uhm… Passion of carnival in the Caribbean, you may not believe this, but West Indians are, in general, pretty prudish.

Many islands have laws with steep fines against wearing beach wear when not on the sandy shoreline. Most women in the workplace wouldn’t expose so much as a knee in their everyday office attire. And although we’ve discussed the joy of going au-naturel on St. Martin and St. Barts in the past, that’s certainly not the norm throughout the region.

Take our home island of St. Croix. Sure, while growing up there, a beach may have suddenly become clothing-optional. Usually due to wild times and free-flowing Cruzan Rum. But there was no official beach specifically set aside for the more free-wheeling among us.

On St. John, however, things were a little different. Accessible only via a mile walk from a parking lot on the edge of Cruz Bay along what’s called the Lind Point Trail, through typical island bush and over a hill and down through more bush past a fork (where either choice gets you to the same place) intrepid travelers are rewarded with a tiny strip of white sand. Only around 25 yards long, this was unofficially known as the island’s only nude beach: Salomon Beach.

I’ve been to this secluded and beautiful beach a number of times. And without fail, the maximum number of sun worshipers was never above four or five. In fact, most times, the beach was deserted. So, for years this is where those with a passion for enjoying nature to the fullest could go to let it all hang out for some nude sunbathing in relative privacy.

Since my last trip to Salomon Beach back in 2007, there’s been a crackdown on this unofficial naturist haven. Suddenly being a free spirit isn’t so free due to the stiffness of fines—around $110 for those caught with their pants down (so to speak). You see thanks to territorial laws, nudity is illegal in the Virgin Islands—whether you’re on Salomon Bay, Trunk Bay, or deep within the national park.

So here’s a wallpaper that takes us back to a simpler time. Taken on that last trip back in 2007, we present Salomon Bay as it was: undisturbed, pristine, and without the authorities lurking in the bushes.

Enjoy it naked as the day you were born. So long as you’re in the comfort of your own home! 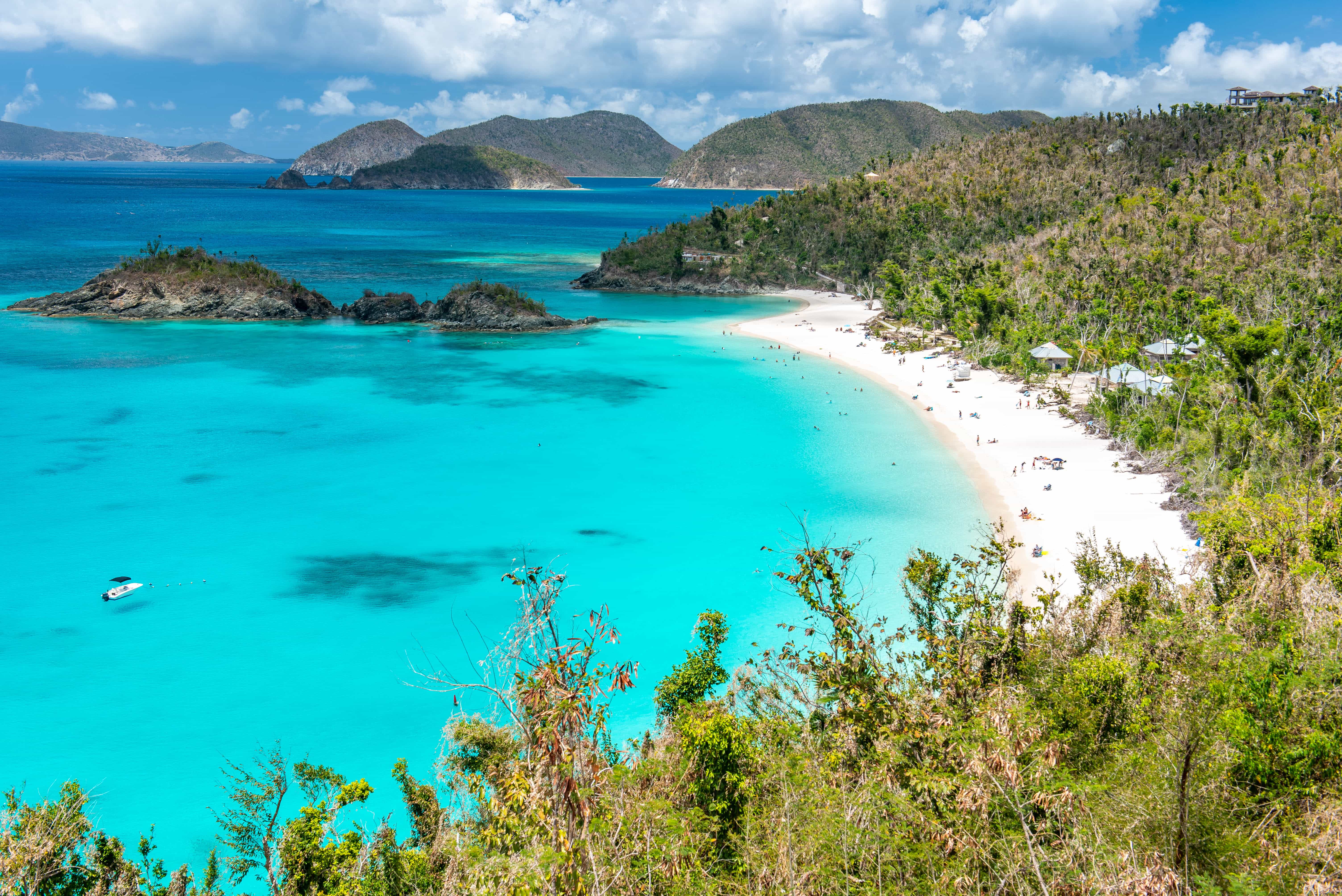 Even More Beach to Love at Trunk Bay, St. John

Trunk Bay is easily St. John's most famous beach. Everyone who visits is certain to capture a photo like the one above. But this one is a little different.
107
Shares 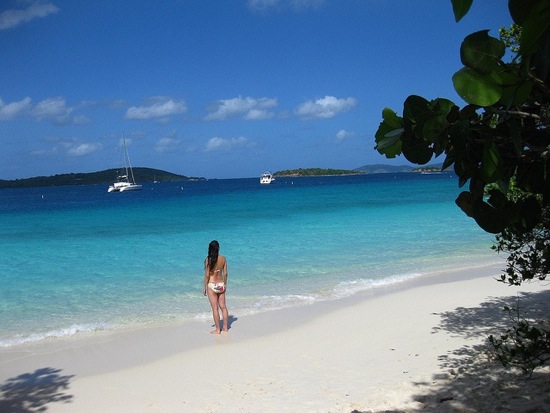 Salomon Bay, St. John is a secluded slice of heaven accessible only by boat or a short hike from Cruz Bay along the Lind Point Trail.
9
Shares 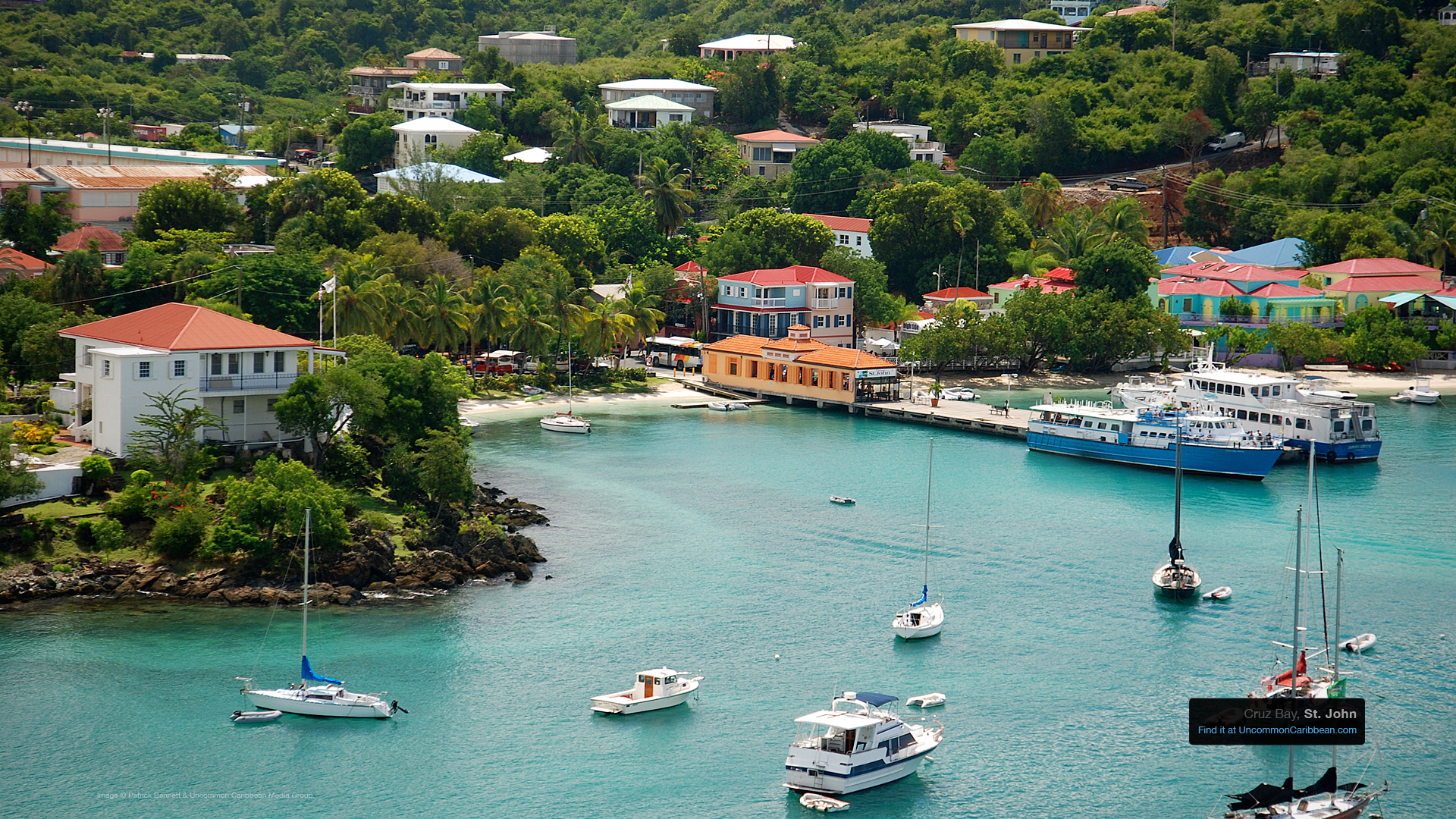 56
Shares
Send this to a friend