From the Montserrat Volcano Observatory, the view of the Soufriere Hills is spectacular. To say this volcano is smoking is an understatement. Chain-smoking is more like it. As a result, a vast area surrounding the volcano bears the scifi-worthy name, “The Exclusion Zone.” Looking over the landscape, I noticed two little white houses with roofs of brick red. Those little white buildings are all that remain of Air Studios Montserrat

It seemed like a strange spot, directly between the peaceful blue water and the smoking crater with the pipeline to Hell.

Beatles producer Sir George Martin fell in love with Montserrat Island and founded Associated Independent Recording (Air) Studios in 1979. In turn, British rock royalty fell in love with Air, and Montserrat, as well. Private jets full of artists now addressed as “Sir” went through hundreds of synthesizers and perhaps thousands of headbands while creating some of the biggest-selling hits of the 80’s at this (at the time state of the art) recording studio.

Air Studios was a safe haven from the social, sexual and pharmaceutical distractions of recording in Los Angeles, London or New York. Why put up with all those annoying dealers, pouty ex-mistresses and goldbricking relatives when you can fly off to Montserrat and concentrate on your music—or, like The Police and Keith Richards—dance on the mixing console and nearly de-nut a guy who asks for another take?

Naturally, Patrick and I wanted to see this piece of rock and roll history firsthand. The property had been condemned, but we were no ordinary visitors. After all, we were staying in George Martin’s house—the lovely Olveston Guest House. If he would allow us to sleep under his roof, break bread at his table, and drink dark n’ stormys on his veranda, then surely he wouldn’t mind us wandering around his old hurricane-ravaged recording facilities.

The first room we came upon was a large kitchen and dining area. Was this where Stewart Copeland played his drum kit on Every Breath You Take, in search of a bigger sound? Perhaps. But where was the studio? Outside, we crossed a field of high weeds to reach the pool, beside which a fateful band meeting was held, during which members of The Police almost gave up on the recording project that would become Synchronicity.

Near the pool was a long white building that was boarded up thoroughly, but not quite thoroughly enough for us. Inside was a small, dank room.

Tape boxes and audio manuals littered the floor. We had found the control room, the heart of Air Studios, and once home to a Neve Console. We passed into another small room, perhaps an isolation booth. (Did Sting cry “I want my MTV” in this very room?) A step up led to another room and pitch darkness. Patrick fired his flash to light the way. I saw a large room with a brick wall I remembered from this Rolling Stones video.

Here in Montserrat, we walked among rock and roll ruins. Synchronicity and Ghost in the Machine by The Police were made here, as was Dire Straits’ Brothers in Arms. (Sting appeared on Dire Straits’ Money for Nothing, because he happened to be vacationing in Montserrat.) Paul McCartney and Stevie Wonder recorded Ebony and Ivory here, while Elton John produced the hits I’m Still Standing, I Guess That’s Why They Call It the Blues, and Sad Songs Say So Much.

Even Jimmy Buffett fell in love with the Caribbean island of Montserrat, so much so that ha named his ninth studio album Volcano after the island of which it was recorded. Eric Clapton, Lou Reed, Rush, Little River Band, Black Sabbath, Supertramp, and Duran Duran—they all sought the muse on this beautiful island in the West Indies.

The pursuit of rock and roll stardom may no longer be possible here, but walking in the footsteps of some of the music world’s biggest stars can still prove inspirational. Trust me, the musical muse still lives in Montserrat. For anyone wishing to fall under her spell, or anyone who just appreciates rock and roll history, this special island (and if you can get to it, this independent recording studio) is certainly worth checking out.

Editor’s Note: This is Dave’s third story for Uncommon Caribbean stemming from his trip to Montserrat with Patrick to compete in the island’s Volcano Half Marathon. You can read his other contributions here and here. For more on their incredibly uncommon and often hilarious adventure, click here. Thanks, Dave! Born James Daley, "Scriber" got his nickname from a penchant for “describing” everything. Today, he's the best nature guide in Montserrat.
68
Shares 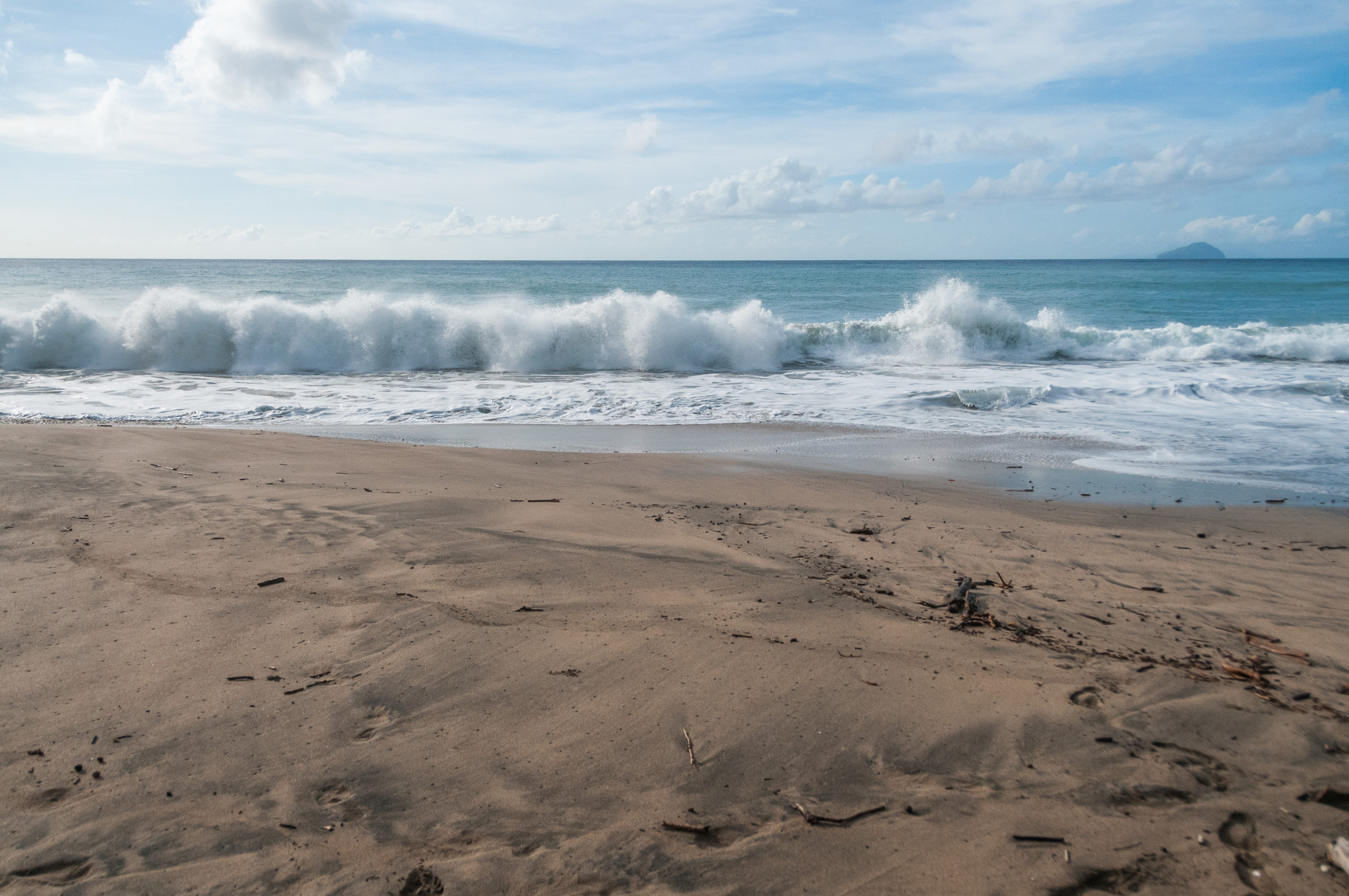 Rather than a white sand beach, Rendezvous Beach Montserrat was more like a black sand beach with a little white sand sprinkled on top.
149
Shares 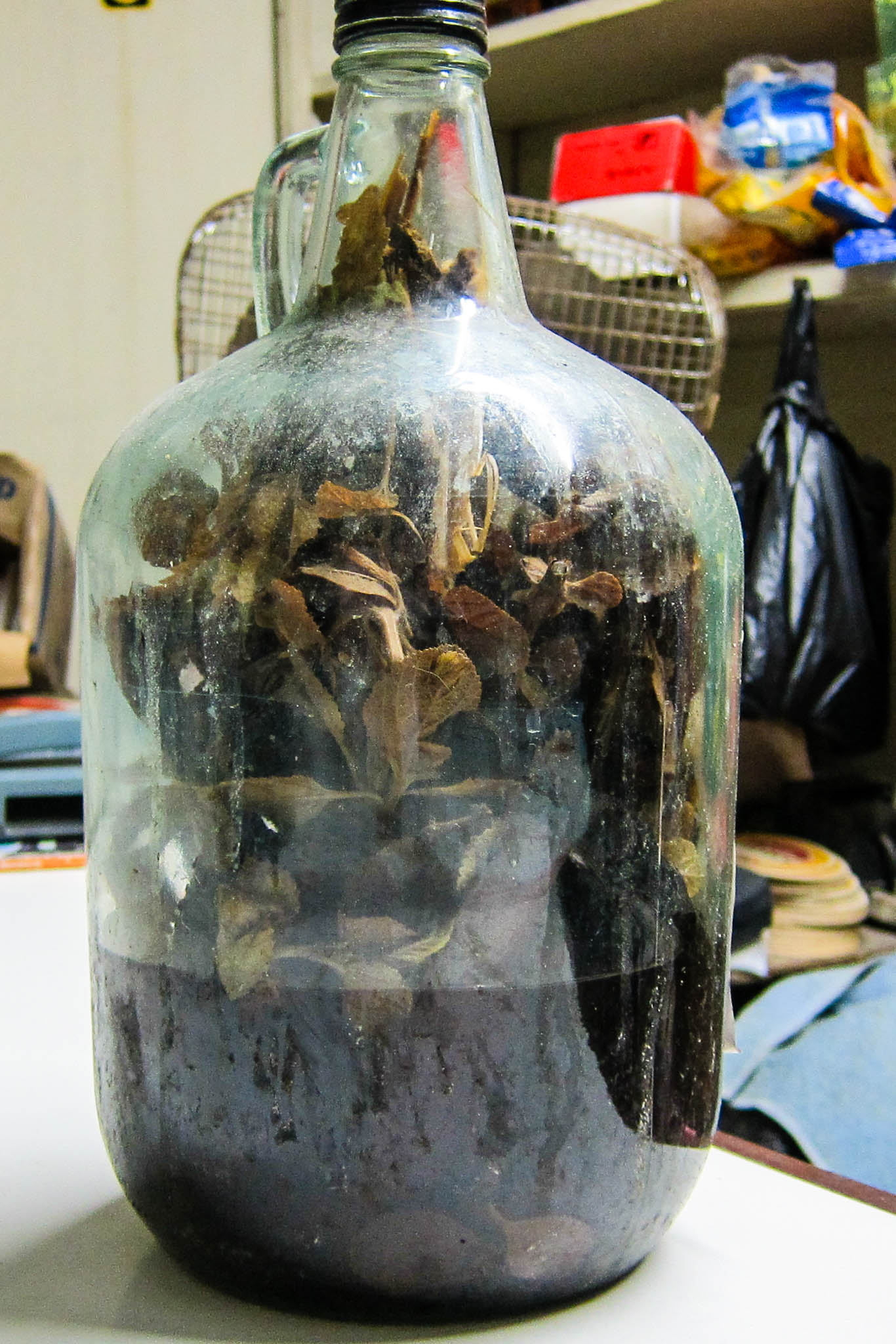 Bush rum is a blend of many specific leaves, barks and roots used for thousands of years for medicinal purposes with overproof rum. Be careful.
235
Shares
Send this to a friend