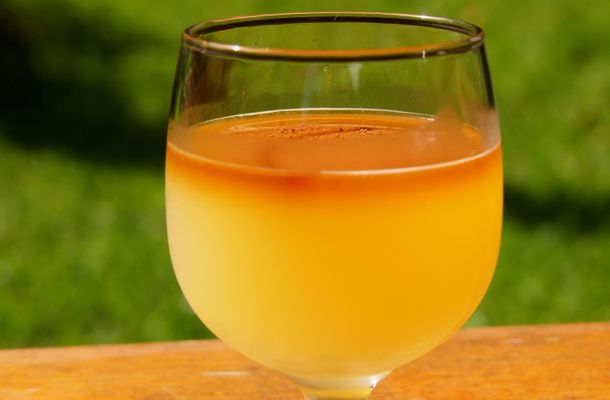 Today’s Friday Happy Hour is dedicated to my old high school friend, Jennifer Cenk, and anyone else who happens to reside in a special type of purgatory I like to call Landlocked Hell. Jennifer lives in Nebraska, as fine a state as has ever graced the grand stage that is the United States of America. They have corn, great football players and a few other things I really like there. What they don’t have, though, is the beach, a fact that has me feeling Jennifer, and others like her, could use a nice beach-inspired cocktail right about now.

We’re, just past the halfway point of the 2012 summer season. Here in Florida, and everywhere else I’ve traveled across the Caribbean over the past six weeks, most everyone is sporting savage tans and sanguine smiles born of endless hours of carefree limin’ on the beach.

Jennifer? Not so much.

I can’t imagine what she’s going through. Only four of my 40 years have been spent living in a place with no access to the sea. That place was Pennsylvania, where I attended Bucknell University, met my future wife, made a few lifelong friends and learned a lot. Ultimately, I’d have to say it was a great move; a wonderfully formative four-year chapter of my life that continues to nourish my life today.

Still, the biggest lesson I learned during my Pennsylvania years: I can’t ever live anyplace where I can’t see water.

I don’t mean rivers, lakes, or streams either. It’s gotta’ be the sea or the ocean for me. I get pretty cranky otherwise, and life’s too short for that, right?

Sadly, we can’t bring the beach to Jennifer and everyone else in Landlocked Hell, but we can give you a taste for it in a Cruzan Beach Umbrella. Our friends at Cruzan Rum shared the quick and yummy recipe with us recently, and if we weren’t enjoying ’em so much we probably would’ve told you about it sooner! Here’s the deal…

DIRECTIONS:
Combine all ingredients, save the Black Strap and Cinnamon, over ice in a tumbler and shake, shake, shake for at least 20 seconds. Pour into your glass, float a little Cruzan Black Strap on top, and garnish with a dash of cinnamon.

Now take a sip, close your eyes and tell me you don’t feel that unmistakable beach vibe? Ahh yes, this one’s for you, Jennifer!