I’m not one of those people who pays a lot of attention to pairing the right food with the appropriate drink. To me, rum goes well with anything… including spaghetti. Beer and chocolate cake? Works for me. It’s like my food cravings operate separate and apart from what I feel like drinking, an iron stomach (usually much stronger in essence than outward appearance) supporting the whole misguided mélange. My odd flexibility in this area, though, does not apply to roti. For me, my all-time favorite meal is always best enjoyed with shandy. Specifically, Shandy Carib Sorrel.

(Learn why roti is our absolutely, positively, all-time favorite thing to eat.)

Paired with a steaming hot roti, Sorrel Shandy Carib is pure heaven. The two just balance each other so perfectly, each spicy sting of curry on your tongue cooled sweetly. Yeah, it’s infectious, to say the least!

Before we delve into the specifics on what makes Sorrel Shandy Carib so special, let’s explore the drink that is a shandy in general.

What is a Shandy?

A shandy is not a drink that’s unique to the Caribbean. Its specific point of origin is debatable, though most characterize the thirst-quencher as a European invention.

In essence, a shandy is concoction combining beer and some sort of flavored juice or soda. Sometimes the beer is non-alcoholic. Whether it is or not, though, a shandy always ranks low on the alcohol scale. The booze content in a shandy is so low, in fact, that in some parts of the world it’s not even considered an alcoholic beverage.

Names for the drink vary greatly around the world. The disputed original name, shandygaff, dates back to 1850’s Britain. The panaché, as it’s known in France, Switzerland, Italy, and Belgium, is a form of shandy. So too is the radler, a favorite beer/sparkling lemonade or grapefruit mix in much of Germany, Slovakia, Slovenia, Croatia, Romania, Serbia, and elsewhere.

A shandy by any name is always the same no matter where you might find it in that it combines the local beer of a particular place with a popular juice or soda. In this way each individual shandy provides a unique taste of its region of origin.

The first of these tastes, Carib Beer, is the undisputed King of Beers in Trinidad & Tobago. Carib is a light lager, ideal for the Caribbean’s warm climate. Crisp and refreshing, it’s pretty basic, but in all the best ways.

The second flavor, sorrel, is sweet beyond its sugar content. Sorrel, you see, is a traditional Christmas drink in Trinidad and much of the rest of the Caribbean. As such, each sip brings back sweet memories of Holiday Season fun and fetes with family and loved ones.

The sorrel taste in a Sorrel Shandy Carib, though, doesn’t conjure Christmas memories on quite the same scale as traditional sorrel. As noted right on the label, this shandy isn’t altogether authentic when it comes to flavor…

Certified color (What’s that?!) and artificial flavors aside, though, Sorrel Shandy Carib pairs all kinds of perfectly with roti to me.

“A roti and a red” is as time-honored a Caribbean food pairing as exists in Trinidad and Tobago. The “red” noted in the famous saying, though, is a Red Solo soda, not a Red Shandy. Both sorrel-flavored drinks, though, share the following criteria that to me make them ideal for enjoying with roti.

Working our way back up the list, Sorrel Shandy Carib is obviously fantastically red. (Certified, even!) In fact, it’s an extreme, almost impossible red that I find intoxicating upon sight! .

As already noted, Red Shandy Carib contains Trinbago’s #1 beer. It’s also made by the Carib Brewery, Ltd., so yeah, this stuff is 100% Trini-to-de-bone.

Sweetness? This stuff is so sugarific that my wife always calls it Shandy Candy. This super-sweetness also means that it’s best enjoyed ice-cold, a condition that allows the drink’s truly refreshing character to shine.

Red Solo sodas embody all of these traits, of course. So, what makes Shandy Candy a better match for my roti meals?

Yes, Sorrel Shandy has the added alcohol content. At .9%, though, it’s too small to matter.

I guess it all just boils down to personal preference, with maybe a slight echo in the flavor pairing with another famous TnT saying.

It’s a simple notion that drives at the heart of what makes my parents’ home country so worth your visit. They are very different islands in terms of size, topography, available experiences and more. At the same time, though, they complement each other so extremely well that a stop in one surely begets a visit to the other.

Just like Trinidad and Tobago, roti (nice) and Shandy Carib Sorrel (sweet) are simply perfect together.

Where to Buy Shandy Carib Sorrel 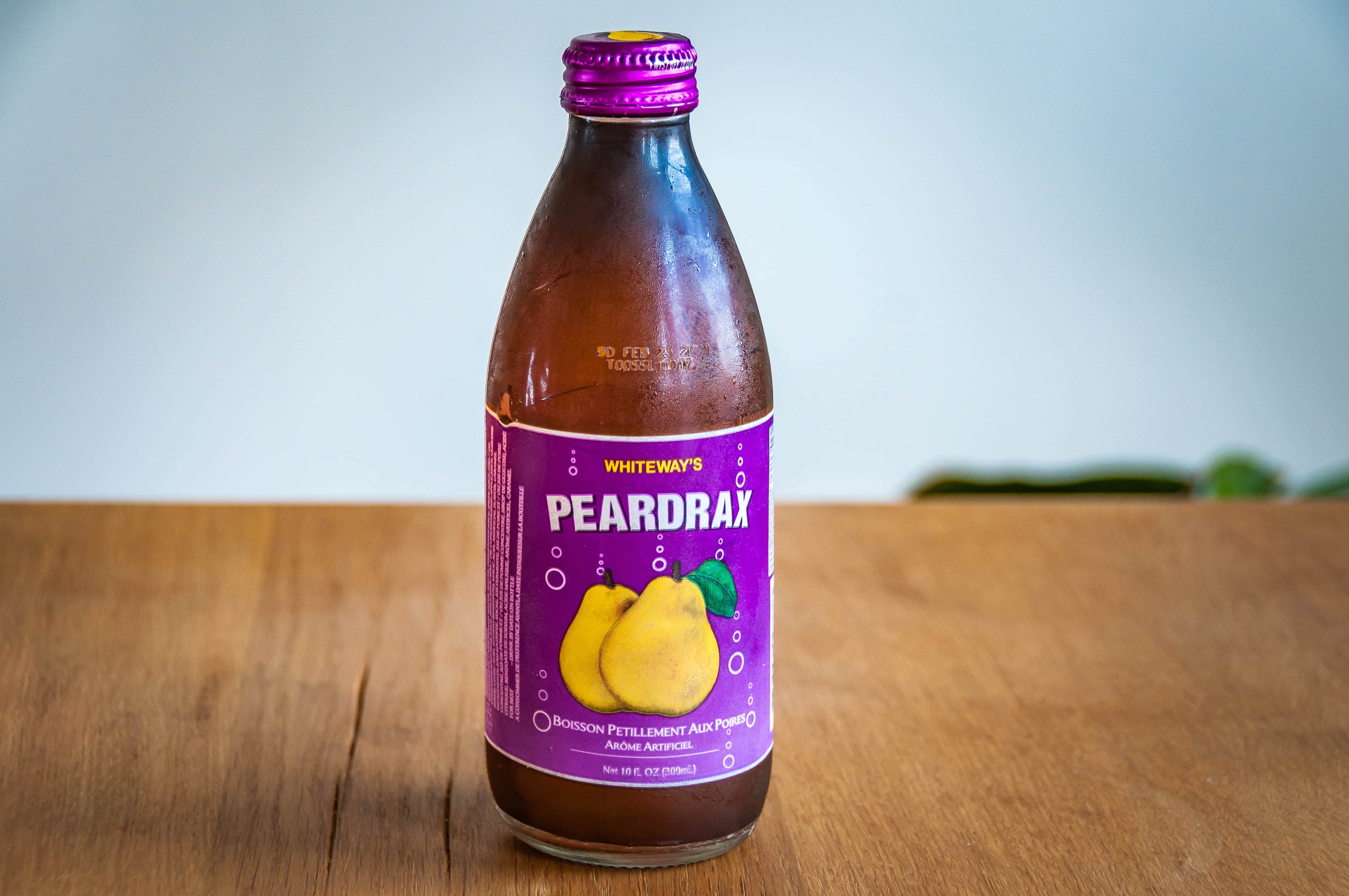 Peardrax is a little sweet and a smidge syrupy, but when you get an ice cold bottle, you'll find it's refreshing with just enough pear taste in the mix.
1.3K
Shares 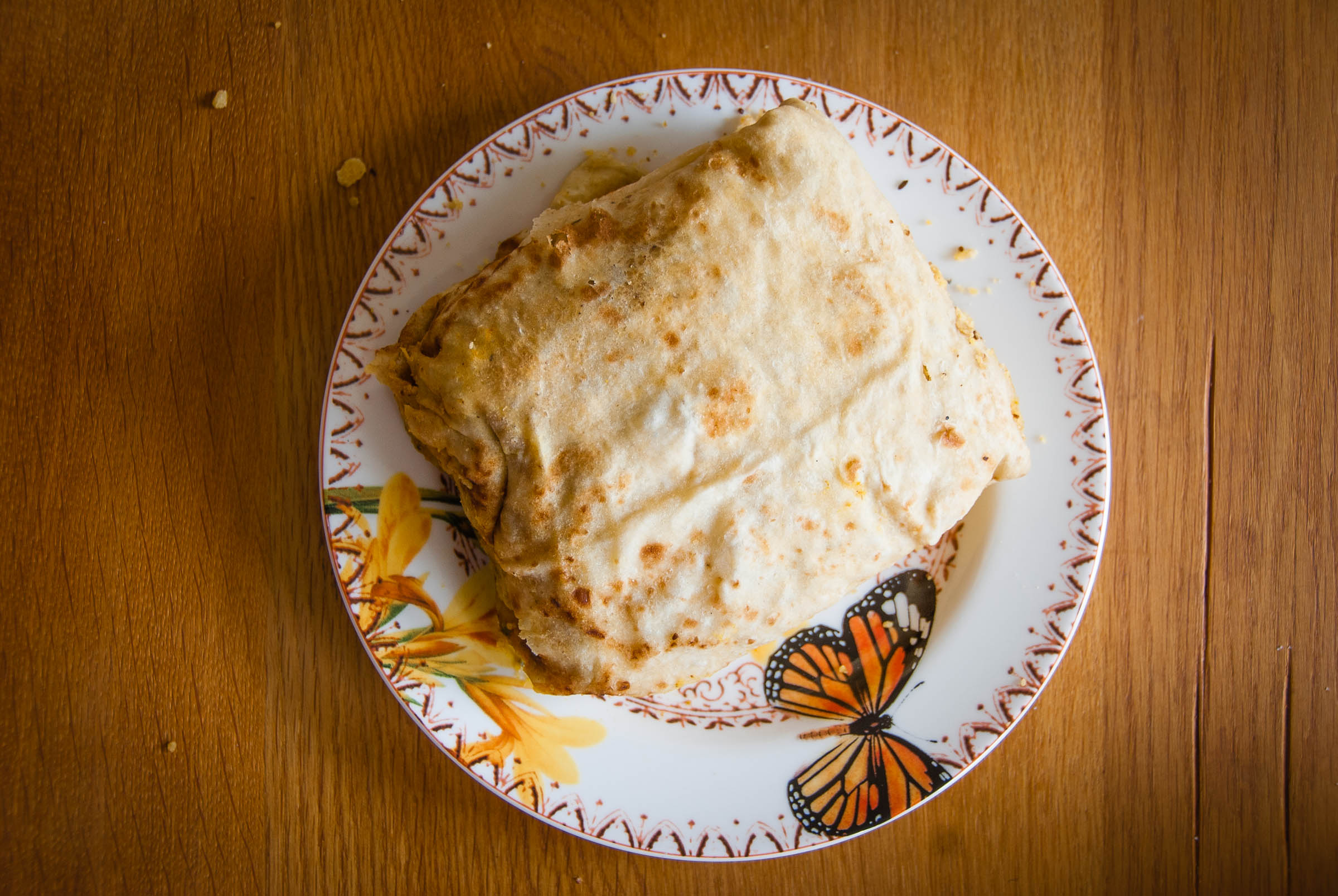 Roti, the ultimate comfort meal of curry wrapped in a thin dough—borrowed from India and perfected in Trinidad and Tobago.
244
Shares 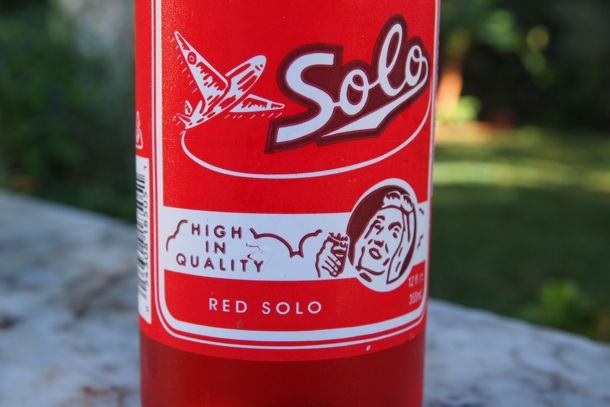 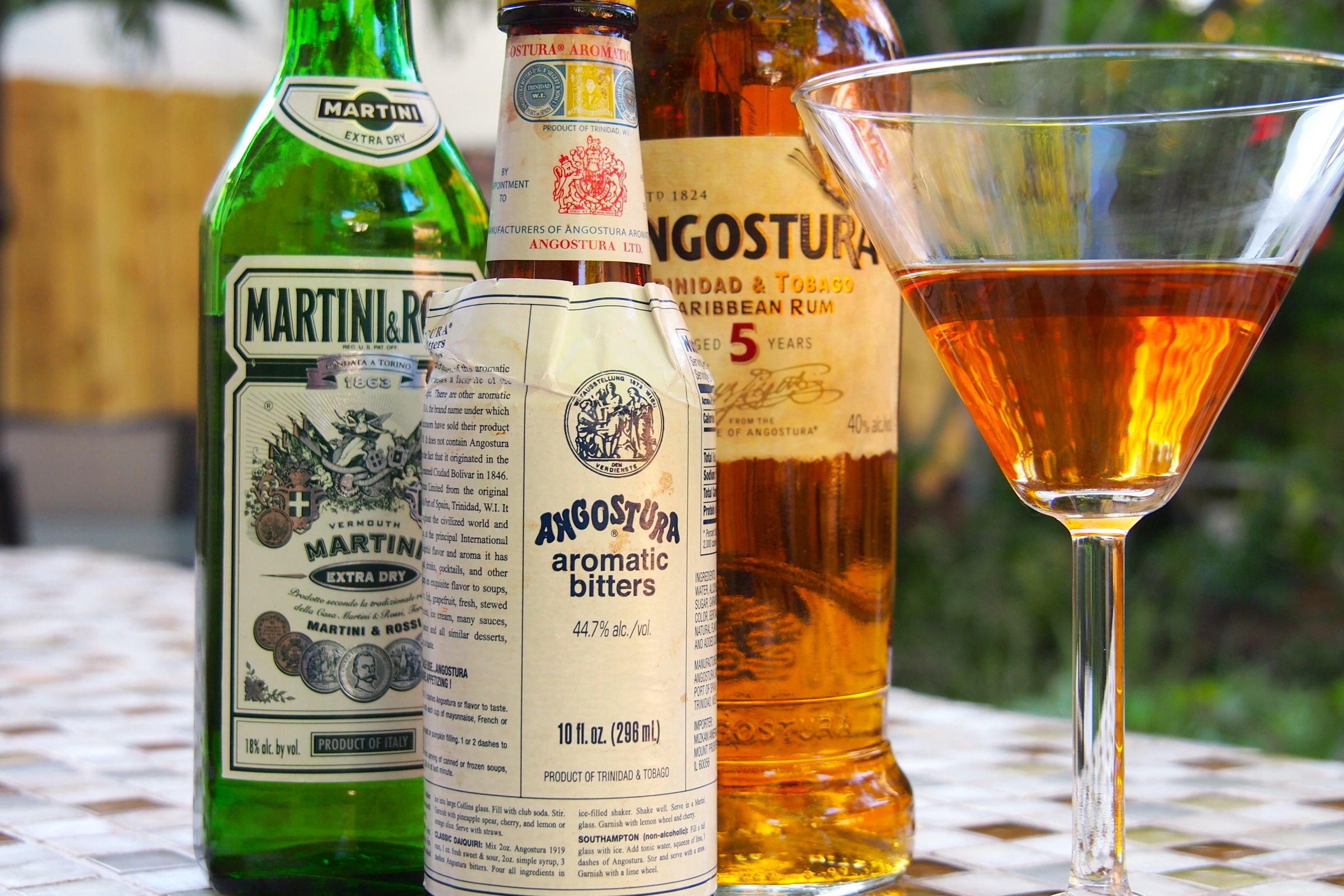 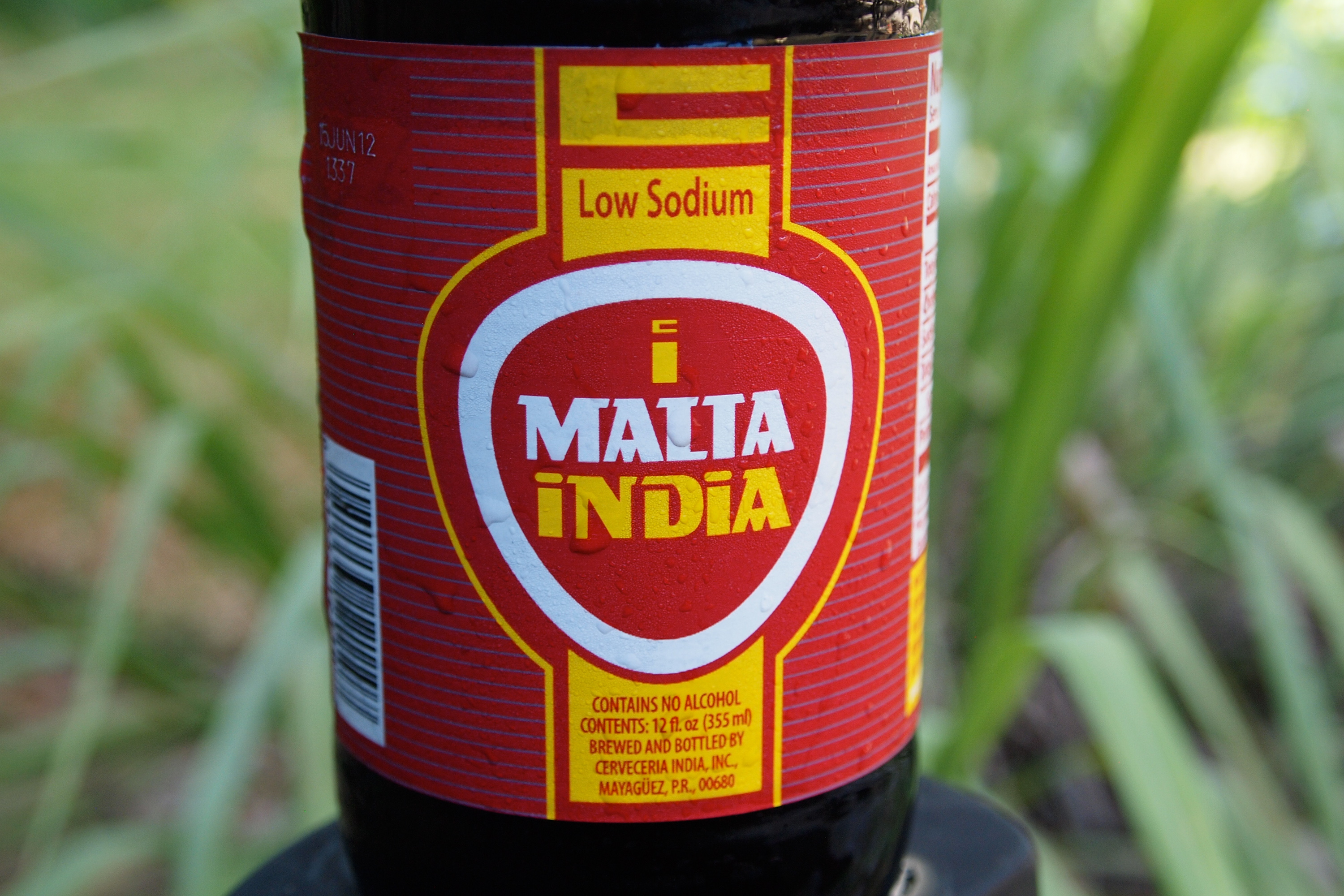 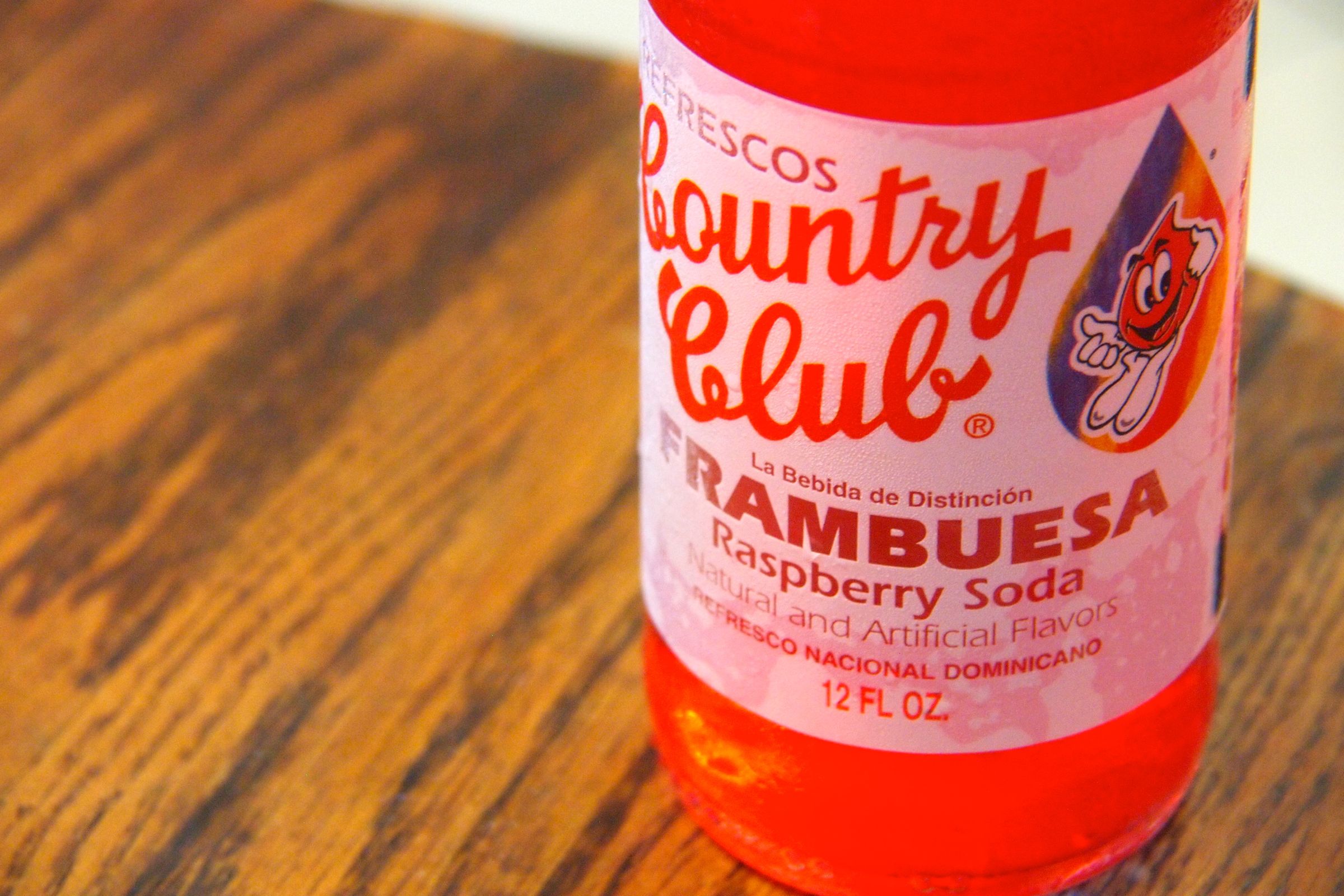 Country Club Soda Frambuesa is the self-appointed national drink of the Dominican Republic. One taste and you'll feel a happiness only found in the DR.
20
Shares
Send this to a friend