We don’t know everything there is to know about the Caribbean!

I can easily see why it might seem like we do. Every day we share posts on subjects near and dear to our hearts that may be new to you. Ever sipped Stallion Milk Stout? Dove into Dominica’s Champagne Reef? Soaked fruits for months on end for some amazing black cake? Braved Antione Rivers Rum? Have you ever even heard of, much less been to, the village of Toco on Trinidad? (Well, don’t worry, we’ve never been there either!)

Sure, as native West Indians, we have a unique, insider perspective to the cultural and natural wonders of the Caribbean, but I’ll let you in on a little secret: we’re picking some of this up as we go! (Shhh! Don’t tell everyone!)

But seriously, isn’t that the point?

To uncover new-to-you discoveries while traveling as far and wide as possible across azure waters, through emerald forests, and around island making volcanos — stopping occasionally on sunbaked sands for a beer?  I’ve learned more about my distinctive home region in the past two years of Uncommon Caribbean than I have in a long time. Luckily, there’s still so much left to experience, explore, and learn.

Take this week’s Caribbean Wallpaper. It was shot from the upper deck of the ferry between Fajardo and Culebra. The crossing was coming to an end as we cruised into the Bahia de Fajardo and I just couldn’t take my eyes off this wreck. Rusted and peeling in the sun, this anonymous, partially submerged wreck just seemed like the perfect welcome back to the Fajardo waterfront, which, to be honest, isn’t in the best shape itself.

So, I stood up, framed the shot and captured the image you see above. I figured I could just look up online the history of the wreck and if it was interesting, it might make a good post…

And I did look it up… But came up empty.

Over the next few months, this image kept creeping into my potential wallpaper selections, but I felt I should know more about the mystery eye-sore before sharing it with you all. Multiple times I’ve tried to uncover the story behind it and multiple times, I’ve come up with zilch. One random site for tugboat lovers names the wreck as the “Karen Elizabeth”, but I have no idea where that information comes from. And curiously, why are the two looped ropes laying on her stern so bright yellow?

I’ve got no answers. Do you?

If you know the name of this wreck or its story or really anything at all about it, drop us a line in the comments below. Maybe we’ll all learn a little something!

If you don’t know anything, don’t let that stop you from downloading this week’s Caribbean Wallpaper! Just click below. 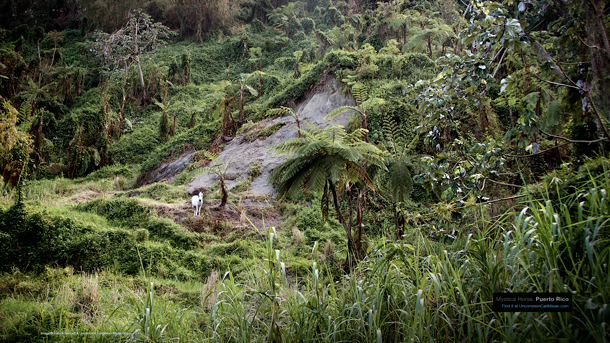 It’s November. While that means freezing in the US, it means one thing to those living or visiting Puerto Rico: Hurricane season is coming to a close!
25
Shares 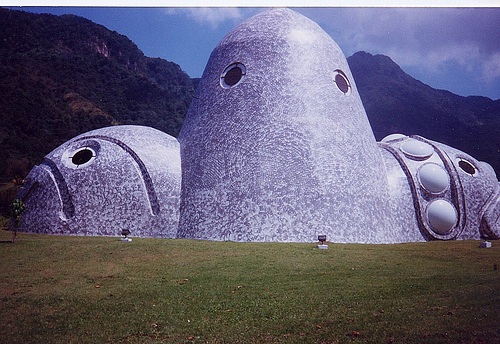 What is it? Who built it? Why? It's the kind of image that gets us wanting to hop the next plane to Puerto Rico.
1
Shares 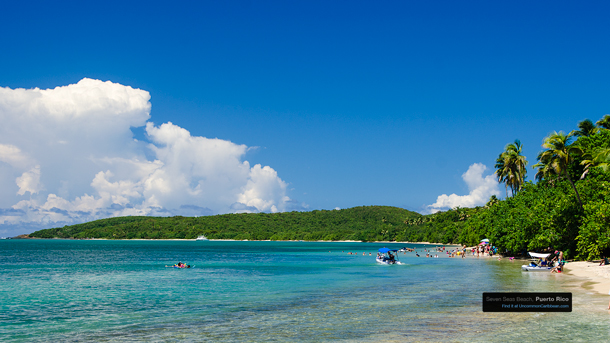 82
Shares
Send this to a friend